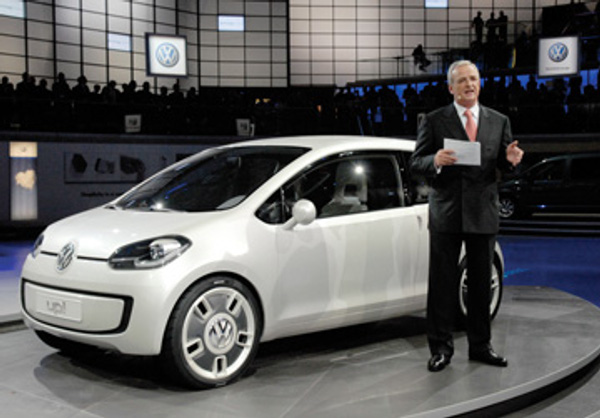 Martin Winterkorn, Volkswagen CEO, put a dent in environmentalists hopes for an all electric vehicle for the masses in the near future, as he said yesterday in Geneva these types of vehicles are very "far away," Autonews reported.

This doesn't mean, however, that the industry is not trying to make this dream come true. Volkswagen's CEO wanted us to know that his company is "concerned with the best solution, not the fastest solution."

Until now, no real all electric vehicle, affordable to the everyday consumer, has become available. For the moment, automotive industry manufacturers focus their attempts into developing hybrid vehicles, or fit the existing engines with fuel-efficient technologies, such as start and stop systems.

Witerkorn thinks that the combustion engine will still be the best choice for passenger cars for at least two decades. This is why Volkswagen still has "concerned with the best solution, not the fastest solution."

This is obvious in the next generation Polo model present at the 2009 Geneva Auto Show. Besides the visual changes, the German manufacturer will offer no less than seven different engines -four gasoline and three diesel powerplants- to go with the car.

Volkswagen CEO is pleased with its company's financial performance over the past year. As a group, Volkswagen reported an operating profit increase by 3 percent. The company registered a 4.5 percent increase in sales, bringing the total to 113.8 billion euros.

The 2009 Geneva Auto Show hosts several new hybrid vehicles, as well as a wide range of new fuel-saving technologies. None of the electric concepts on display at the show preview a future mass-production car.