1 Striking Specter 1 Speed Pedelec Is Built Like a Supercar: Low in Weight and High on Tech

2 Tern Unveils the NBD, Its Most Inclusive E-Bike Yet, Has an Ultra-Low Step-Through Design

Get Your Dollar Bills Ready, As Lamborghini Urus Strips for the Camera in Time-Lapse Video

Not everyone uses e-bikes for extreme sports. Some folks just need a slightly faster, less sweaty way to move around town. For people that may be looking for an e-bike from the latter category, Electra's Townie Go! 5i EQ is an option worth noting, and that's what we'll be exploring today.

You may have heard of the brand Electra before; after all, they're nothing more than a specialized off-shoot brand from world-renowned Trek. They worry about how non-athletic humans move about cities and local landscapes. This brand also takes a budget-friendly approach to their machines, but they're in no way less capable than other e-bikes to come out from under the Trek umbrella. Heck, they're still sporting a complete Bosch electronic setup.

Now, about Trek, there isn't much to say. Heck, they've been in the cycling game since 1975 and in those years have risen to the top of the cycling pack through rigorous R&D, resulting in gold medals, racing teams, apparel, and above all, happy cyclists. With that said, let's dive into a daydream about riding a 5i EQ.

I want you to imagine that you have $2,950 (€2,800 at current exchange rates) sitting around the house for your subsequent e-bike acquisition. That's how much you're being asked to drop on this puppy. I know it's not very little, but there are reasons for that; this e-bike is more of an alternative mobility vehicle, and we have Bosch to thank for a lot of that.

Since Trek's been partnering with Bosch for some time, they continued to work together, and the 5i EQ is no exception. Powering your abilities to cover ground, reach work on time, carry groceries, and possibly even tow a cargo trailer, an Active Line Plus motor operates under 250 watts and assists in pedaling up to 20 mph (32 kph). That should be more than enough to give you your kicks.

With a 400-watt battery, wires, and other electronics, you're looking at a 25-kilogram (55-pound) bike. There's no mention of the range because that's greatly dependent on a plethora of variables, including tire pressure, road gradient, and even if you've over-eaten.

Part of the weight and value of this e-bike is also due to the addition of a Shimano Nexus 5-speed internal gear hub. All you've got to do with this baby is keep pedaling, and everything should be taken care of for you. In the process, this gearbox aids in battery output and extends its lifespan.

In searching for why Electra chose to create this EV, I was confronted with a frame design that says two things, comfort and safety. Imagine you're riding along and suddenly need to stop. Because this bugger is shaped using Trek's Flat Foot Technology, in the eventuality you're taken by surprise, the tubing allows you to set your feet on the easily and safely; no snagging on a top tube. The lack of said tube is also why mounting and dismounting shouldn't be of any worry.

Aside from an aluminum frame and steel fork, Electra also extends this bike's abilities with countless little extras that are either standard or can be picked up after you buy your EV. From fenders to cargo racks, lights of all kinds and even an integrated wheel lock from ABUS is part of what this bike offers. Maybe the lock won't prevent a thief from taking off with your bike, but if they do, they won't get far running with a 55-pound e-bike, except if they have a truck waiting nearby.

At the end of the day, the countless extras and mechanics that 5i EQ brings to the table seem to balance out the asking price rather fairly. One other thing, I wouldn't be seen riding this bike except if necessary, except for the black Townie, not that I don't like the components, but it seems to be built for the ladies among us. Maybe your grandma is looking to be the hippest OG in town. Although, technically, it is a multi-sex e-bike. Just a little something-something to consider for this year's summer season. 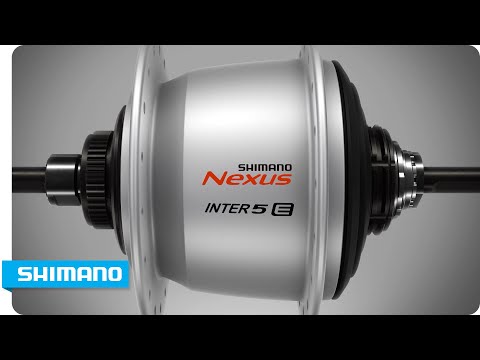 Editor's note: This article was not sponsored or supported by a third-party.
Images in the gallery showcase an array of frame colors for the Townie Go! 5i EQ Step-Thru.