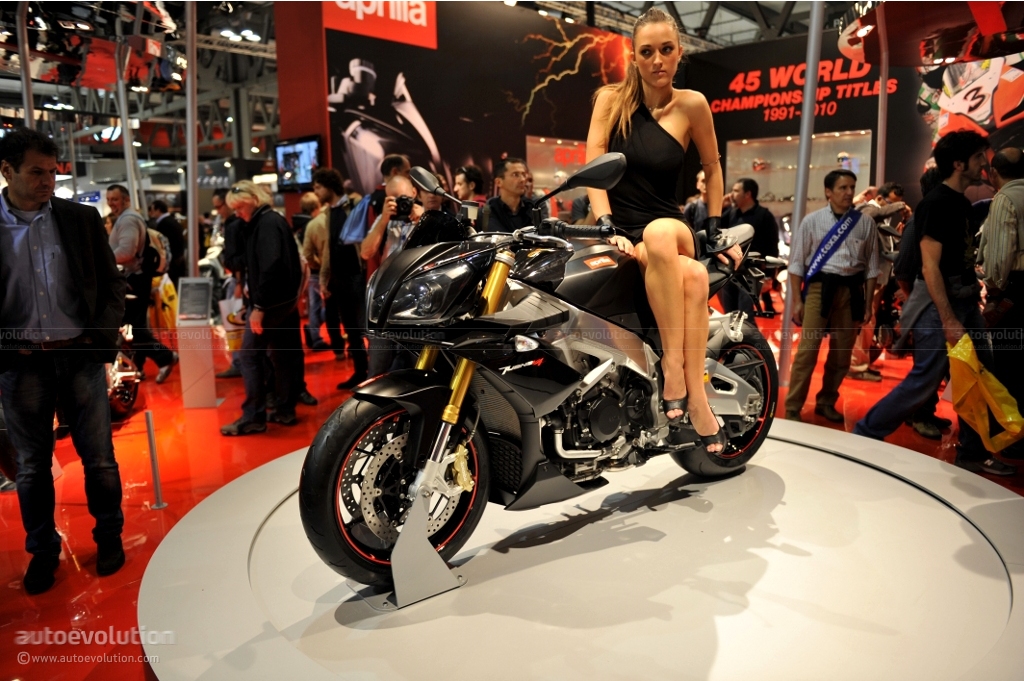 We finally got to see the much anticipated 2011 Aprilia Tuono V4 street bike, that has its roots in the RS4 superbike.

The frame is an aluminum dual beam chassis with pressed and cast sheet elements.Braking power comes from radial Brembo monobloc calipers mated to 320mm discs up front. The suspension was created by Sachs, with 43mm titanium nitride (TiN) forks and a four-way adjustable (compression, rebound, pre-load, and ride height) rear shock with piggyback reservoir. At the rear a double braced aluminum swingarm is used, made using sheet casting technology to reduce weight.

The exhaust has a 4 into 2 into 1 layout, a lateral single silencer. The engine even meets future Euro4 emissions regulations, thanks to good engine management and a integrated trivalent catalytic converter.

Curb weight for the bike is only 179 kg (394.6 lbs); Add to that a full tank of fuel which is about 17 liters (4.5 gallons) including a 4 liter reserve. Tuono V4 R will be fitted with APRC system, which comprises of traction control, anti-lock brakes, wheelie control, launch control, quick-shifter.

No word on the price yet or an exact launch date, but we can expect it to be direct competitor to the Ducati Streetfighter , so a price around $14,000 (around EUR10,000) should be decided on.