1 Edwards Insists Cup Fight is Not Over

2 Hamlin: We Should Have Won! 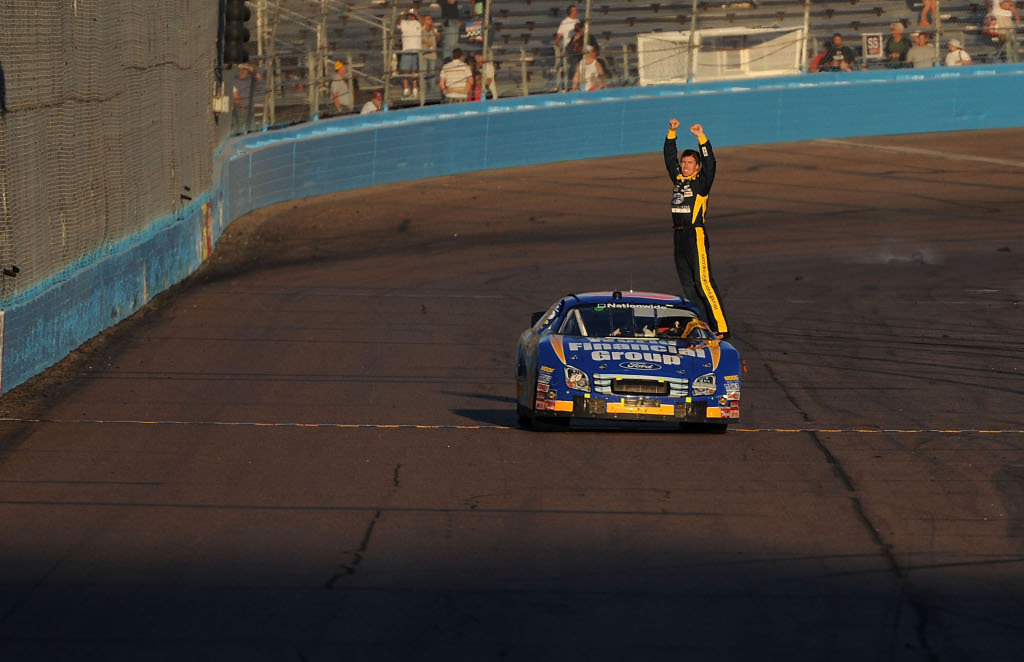 Not only he became the only challenger for Jimmie Johnson in the Sprint Cup standings, but Carl Edwards has also become a threat to Nationwide Series leader Clint Bowyer with one race to go in the season. The Missourian is enjoying a phenomenal second part of the season as he won his 2nd Nationwide race in a row this weekend, at Phoenix International Raceway.

The Roush Fenway driver got into 1st place on Lap 124 and never let go until the finish line. The only effort to challenge Edwards for the win came from Denny Hamlin in the dying laps of the race, as the Virginian benefited from new tires after the last caution of the day.

“The difference for us was that pitstop. But the real difference was the extra lap under the caution and the green-white-chequered finish. Denny had us, he had those new Goodyears and he had us. Staying out on the last caution was the right call. But by one position, Kevin or one of the guys behind us, if one more of them had taken tires it would've been the wrong call for us. But Drew (Blickensderfer) knows his stuff. He's a smart guy,” said Edwards after the race.

Points' leader Clint Bowyer failed to keep the peace with Edwards on Saturday and struggled to get into the Top 5 at the finish line, saving the day and keeping a decent advantage on top of the standings before the season finale in Miami. Edwards cut Bowyer's lead to only 57 points with one race to go and needs a 9th place or better to secure the Nationwide title in Florida.

The Emporia-born driver had a rough day on Saturday having to stop for repairs on Lap 79 – following an incident involving his car and David Ragan's Roush Fenway Ford – but was still able to cross the finish line in 4th place.

“It was a hell of a roller coaster. The guys did a good job. They never give up and that's how you win championships. Man I tell you, I thought our championship run was done right there. I don't know what was going on in the restarts. It was two (incidents) right there. Our car was really tight after that and I had to pull all the tape off. I was worried when that (last) caution came out because I thought we were going to fall back but you know, hindsight it was a good run for us, so real proud,” said Bowyer.