5 World’s Largest Business Jet, Qatar Amiri Boeing 747-8i, Is For Sale
Car video reviews:
Up Next

The future of aviation looks better and better when it comes to sustainability, with electric and hybrid-electric, emission-free aircraft going from pure concepts to operating models. There are many paths that lead to an eco-friendly aviation, and hybrid engines, like the EcoPulse, are one of them.
5 photos

While different types of alternative biofuels for jets are being tested, another approach is focusing on developing powerful electrical engines. One of the pioneers when it comes to cutting-edge aviation technologies and systems, Airbus has now reached an impressive milestone and is getting closer to bringing an electric flight system on the market. Its innovative project, the EcoPulse hybrid aircraft, has recently passed key tests, demonstrating its performance.

Supported by France’s Civil Aviation Research Council (CORAC) and the French Civil Aviation Authority (DGAC), EcoPulse is a distributed propulsion hybrid aircraft demonstrator that’s being developed by Airbus, together with Safran and Daher.

The demonstrator aircraft, which was launched 2 years ago, has just completed an important phase in its development, the wind tunnel testing, at the Airbus Filton facility, in UK. The Safran engine, Airbus nacelle and DUC Hélices propeller were installed on the demonstrator, which was then submitted to several tests in the wind tunnel – a controlled environment that allows the team of developers to observe how the aircraft would actually operate in the real world.

What’s new about distributed propulsion systems is that they allow power distribution, because there would be several small engines, instead of one, spread out across the aircraft’s wing. By breaking down thrust generation this way, flight control is improved, especially for take-off and landing. Plus, it makes the plane less noisy, which is always a good thing.

But a sensitive aspect of this system is the cooling process. Electrical engines generate heat, so it was important to test the cooling system’s efficiency in challenging flight conditions. The other main objective was to validate the propulsion system, in terms of power and speed.

After achieving the Critical Design Review as well, EcoPulse will enter production, with a first test flight set for the summer of 2022. 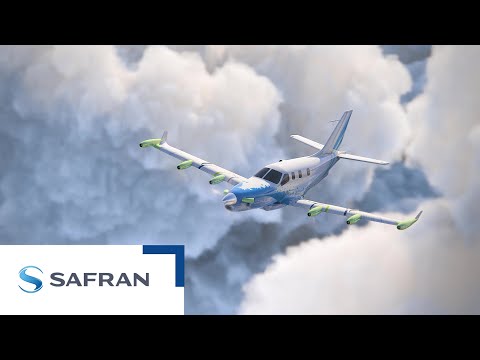