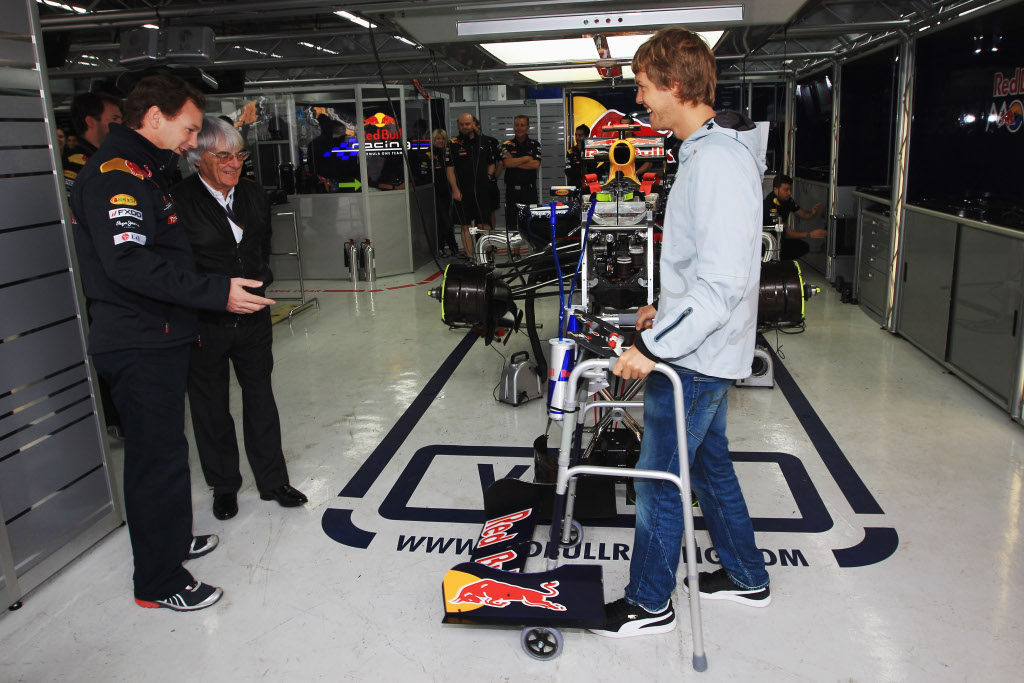 Today, the man who runs the entire Great Circus – Formula One, as most of us know it – Bernie Ecclestone is turning 80. No, he's not going to step down from his position of chief executive of the series, as he seems to become even more vibrant with each year that goes by. And no, he hasn't lost his sense of humor either.

During the past weekend in Korea, Red Bull wanted to be the first to greet Ecclestone into his 81st year of life and marked the Thursday celebration with a “mischievous present,” as reported by the team's official website.

As you can see from the pictures attached to this news in the gallery, one of the presents was a zimmer frame featuring a Red Bull wing (not sure if it's taken from the RB6), along with a customized F1 steering wheel. Nothing wrong with that, right?

However, the buttons received several “interesting” labels such as “Viagra”, “Nurse” and the most important one named “Pasquale”, a reference to his ever-present assistant Pasquale Lattuneddu. The “awarding ceremony” took place in front of the international media, with Ecclestone, Red Bull's team boss Christian Horner and Bernie' favorite race driver Sebastian Vettel posing for the press.

It was then that the 80-year old Englishman greeted the photographers present in front of the Red Bull garage with an obscene single-finger gesture. It was all in the name of humor though, as everybody smiled and enjoyed the occasion.

Asked by German weekly Die Zeit last weekend what he wants for his 80th birthday, Ecclestone smiled and said: “I just want to get there.”