2 The $1.9 Million Harley-Davidson Blue Edition, an Exercise in Outrageous Luxury

The Captain America bike is quintessentially American, and not just because of the bold American flag motif on the tank, made to stand out by the chrome paintwork on the body. It embodies the rebellious spirit that signaled a cultural shift and inspired a counter-culture movement, and became a symbol of the anti-establishment.

The bike was featured in the 1969 movie Easy Rider, directed by Dennis Hopper after a script he co-wrote. Peter Fonda’s character took it on a cross-country, tragic ride, and it also featured in the final, fiery scene in the film’s third act. Easy Rider became an instant hit, not just because of the stellar cast (Fonda, Hopper himself, Jack Nicholson), but also because of the choppers used.

Choppers had been around for some time, but this film literally took them into mainstream. Entirely crafted by hand over an existing frame, Paul D’Orleans, author of the book The Chopper: The Real Story, describes them as a “quintessentially American folk art form,” being a “type of customized motorcycle usually defined by a stretched out wheel-base, and pulled back handlebars, and a sissy bar, and a wild paint job.”

Captain America is just that. It’s also the most legendary Harley-Davidson in the world and a huge movie star, and one of the most disputed and controversial at the same time. If reported claims that it was sold in October 2014 for $1.35 million are accurate, it’s also one of the most expensive Harleys.

Everyone involved in the production of the movie has a different story to tell about the Captain America, from what bike they used as a starting point to who designed and built it, and even how many of them were made, used and destroyed in the process.

One theory has it that it’s based on a 1952 HD Hydra-Glide, which Fonda bought at a police auction, keeping only the original Panhead engine. Another says that four 1962 FLH Panheads were used. Depending on who you believe, either two or four bikes were made for and used in the film. The latter theory claims that a replica was destroyed while shooting the final scene, and the other three were stolen right before the premiere and were lost for good. Including the original Captain America.

Who designed it is a matter of much controversy as well and, because how much time has passed since then, the debate can’t be settled accurately. Fonda himself would tell reporters that he built the bike himself, along with bike customizer Tex Hall and actor Dan Haggerty. However, it’s more likely that L.A.-based builders Clifford A. “Soney” Vaughs and Ben Hardy did everything on their own, following Fonda’s instructions.

After a falling out with producers before the movie started shooting, Vaughs was fired and erased from history. He was finally credited for his work when auction house The Profiles in History announced the sale of the reportedly authentic Captain America in 2014, owned by Michael Eisenberg, who had bought it from Haggerty. A legal dispute ensued after the auction, but the house claimed it eventually ended in the sale of the chopper for $1.35 million.

To this day, it is not certain that this bike was the authentic one. The claim was that it was rebuilt by Dan Haggerty from whatever was left of the bike used by the stuntman in the fiery crash in the film (Fonda himself gifted it to Haggerty), and was the most authentic thing possible. It even came with three letters attesting this much: one from the National Motorcycle Museum, one from Fonda and one from Haggerty.

The problem with that is that Haggerty is not a reliable source, and much of the tale around the authenticity of this chopper relies on his own version of events, according to a 2015 Maxim piece. A Texas man, Gordon Granger, claimed Haggerty sold him the original Captain America in 1996 for $63,000, but in 2008, Haggerty himself was telling the media that he’d sold the original to the Guggenheim Museum.

Eventually, Haggerty admitted that he’d sold parts from the original (“a few bits and pieces, a chain or a fender, nothing more”) to Granger, while he kept the frame for himself. In 2002, he sold the frame to John Parnham, president of the National Motorcycle Museum and, ironically, some time after that, signed a letter of authenticity stating Granger had the original. He would later call that letter an honest mistake.

Haggerty has a history of drug abuse and has been accused of tax evasion. He is not the most trustworthy source, and the fact that many of the people who were involved in the making of this beautiful chopper are dead is not helping with solving the riddle.

It’s likely that the true, original Captain America is lost for ever and whatever exists today is a new build from the remains of the stunt replica bike that Haggerty got after production wrapped, made to resemble the original. As D’Orleans puts it, “What are you buying? Best case scenario you're buying the stunt bike's blown-up frame. They can claim to have pieces of the true cross but Jesus is gone, man, he has left the building. And so has Captain America.”

But the spirit of Captain America lives on: a middle finger to the establishment, embodied in a roaring chopper. 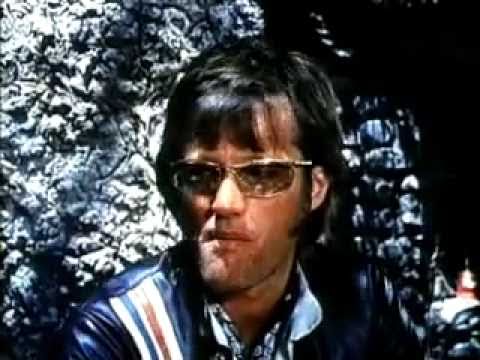