EAS Dynos and Weighs the new M3 and M4

The guys from European Auto Source were lucky enough to have not one but two brand new M cars in their shop a couple of days ago. These were no ordinary Ms either but the fresh 2015 M3 and M4 models, both dressed in white.
17 photos

They belonged to the guys from Racewerkz Engineering that brought them in to have to measurements done on a professional dyno and with some serious scale.

Of course, just like the other cars before them, the numbers read by the dyno were showing just how much BMW underrated the S55 engine. Normally, manufacturers talk about the flywheel HP when they release the numbers to the world but it seems like the Bavarians had different plans.

Judging by the 421 WHP and 410 WTQ the dyno results showed, we’re guessing they ‘accidentally’ released the figures at the wheels and not the flywheel. That being said, with a minimum of 10 percent loss on the transmission, these cars make around 460 HP and 460 lb-ft (623 Nm) of torque at the crank, easily.

Jumping on the scale the Carbon Ceramic Brakes showed their worth once again. They might set you back around $8,000 but apart from the added stopping power, they also save quite a lot of weight from your car’s total.

Since they were at the EAS shop, the M3 also received 15mm front, 12mm rear wheel spacers and a Macht Schnell stud conversion kit, changing its stance, as you can see in the gallery below. 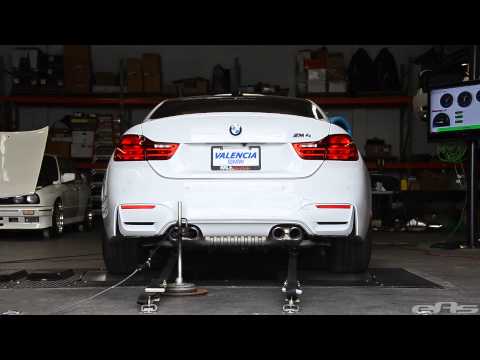