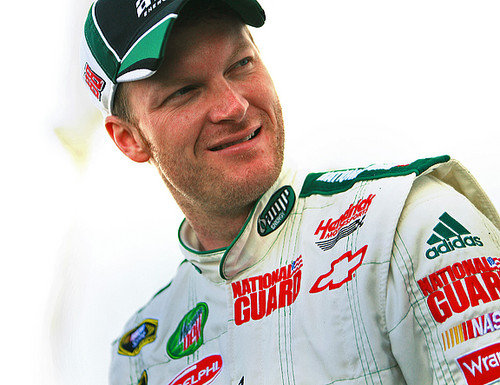 Dale Earnhardt Jr and Casey Mears are now officially under NASCAR probation for the upcoming 6 Sprint Cup events. Following the on-track (and post-race) incidents between the two drivers during last weekend's Subway Fresh Fit 500 at Phoenix International Raceway, the NASCAR officials have decided to enforce a 6-race probation period, starting the very next round, at Talladega.

After a tough season so far, Junior was very close to finally scoring an important result during this year's Sprint Cup Series, at Phoenix. Having previously led the race, his Hendrick Motorsports Chevy was running through some balance problems with 12 laps to go when, all of a sudden, he was hit by Casey Mears' Chevrolet on the left-rear side of his car.

The contact between the two sent Earnardt's car into the barriers, therefore ending his hopes for a good result at Phoenix. The two drivers eventually finished the race outside the Top 10 – Mears down in 20th place and Earnhardt Jr. further away in 31st place – which led to plenty of frustration from both of them shortly after the chequered flag was waved.

Trying to get back at Mears, Junior crashed his Chevy into the former's Richard Childress Racing car when entering the pits after the race, causing it to spin. Mears reacted quickly by crashing his car into the one driven by Earnhardt on the way to the garage.

As argued by the NASCAR officials when reviewing the video footage, the two drivers were found guilty of violating Section 12-4-A (actions detrimental to stock-car racing; hitting another competitor's car after the race had concluded) of the 2009 NASCAR rule book.

Here's how it all happened: