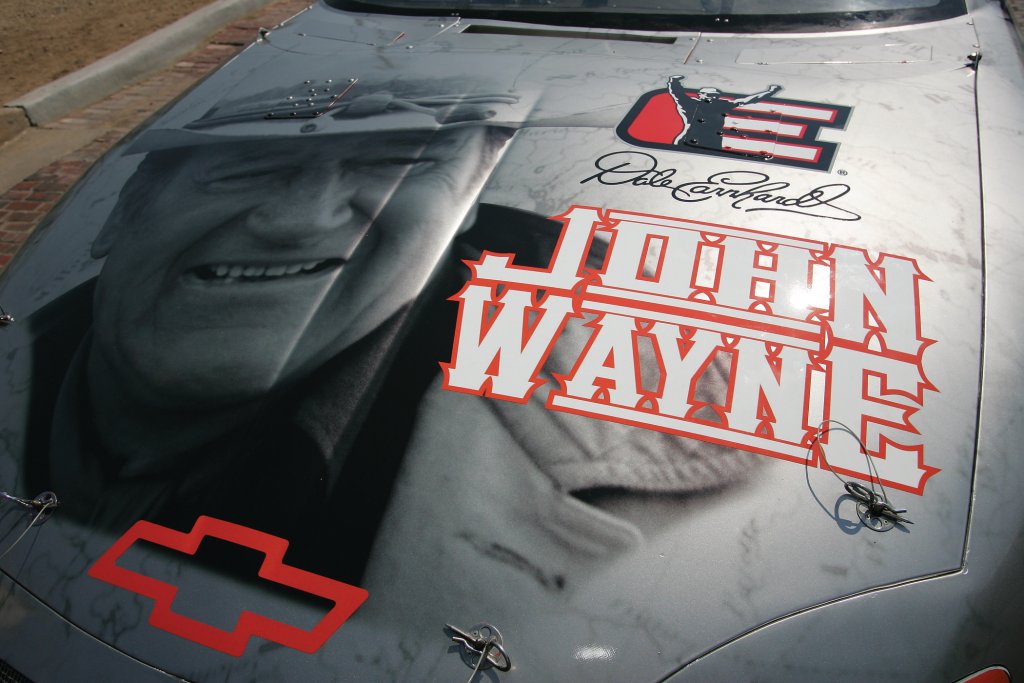 Elvis' portrait will be shown on the hood of the famous No 3 Chevrolet and will become the 3rd important North American figure in the Legends' collection, following singer Johnny Cash and movie star John Wayne.

“Dale Earnhardt was instrumental in convincing NASCAR to bring the Cup Series to Las Vegas, so he has a special place in our hearts. Elvis is a Las Vegas icon and is loved by race fans and tourists around the world. We are excited to be the host for the unveiling of this unique program and promotion in the greatest entertainment destination in the world. It's also a special treat for our Neon Garage pass holders, as well,” said Chris Powell, president of the Las Vegas Motor Speedway.

Motorsport Authentics' CEO Mark Dyer also expressed his hope that the new car will have even more cache that the previous projects.

“Because of the strong fan reaction and collector excitement we experienced around the Johnny Cash and John Wayne cars in 2008, we're expecting the 'Earnhardt & Elvis' car to be the most popular program of the entire Enduring Legends Series. Elvis's legacy as a great American icon makes him the perfect man to grace the hood of the famous No. 3 Chevrolet and we're excited to make this worldwide car unveiling at Las Vegas Motor Speedway as part of its action-packed weekend of NASCAR racing,” commented Dyer.

The Enduring Racing Series is a racing programme started by Motorsport Authentics a year ago aimed at honoring the legacy of former NASCAR champion Dale Earnhardt. It involves the presentation of several iconic North American figures (singers, actors or songwriters) on the hood of the No 3 Chevy throughout the Sprint Cup Series.

The first car fielded under the Enduring Legends Series collection was 'The Man in Black', having Johnny Cash's portrait on the hood. Also last year, Earnhardt Inc. fielded a second MA-promoted car named the 'Dale and The Duke', featuring John Wayne's image.