4 What Do We Get When Spending Four Grand on the New Ducati e-Scrambler?

5 The Boys Are Back in Town! Meet Harley Davidson's Mosh/CTY e-Bike
Coverstory

Cristian Curmei
Some people seem to have something against e-bikes. Industry leaders, on the other hand, see them as an opportunity for the immediate future. One of those leaders is Paul Teutul Jr.
9 photos

Recently, Ruff Cycles, the outfit that’s been around since 2012 under CEO Pero Desnica’s care, has struck an official partnership with Paul Jr. Designs. Yes, that Paul Teutul from American Chopper and Orange County Choppers.

If you don’t know much about Ruff Cycles, here’s a quick recap. The German manufacturer began producing custom cruiser style bikes back in 2012, and ventured into the e-bike scene in 2016. Since then, these folks have cranked out several designs that have found homes in over 60 countries worldwide, and even into the hands of Cristiano Ronaldo.

As for Paul Teutul Jr., no introduction is needed. Most folks grew up seeing him and his family members on TV, and his designs represent some of the most iconic and well-known custom motorcycles around. After the departure from Orange County Choppers, Teutul Jr. and his wife, Rachael, co-founded Paul Jr. Designs.

How did all this start, and what does it mean for the two companies? In September 2020, Paul contacted Ruff and presented his ideas for the collab. After chatting it up and connecting the dots, the teams shook hands and started working on a first design.

For Jr. Designs, this venture presents an opportunity to expand into virgin territory. Think about it. There is no doubt the e-bike market is popping. Now, how would you feel knowing that you’re riding around on a bike a motorcycle design god has touched? Yeah, that’s what I thought as well.

“This relationship is a great representation of German engineering and American design. Ruff Cycles stood out as a leader in the electric bike world and I knew right away that we had to do a collaboration. This project is a great opportunity for my designs to be available to the incredible fan base that has supported me for all these years. Not everyone rides motorcycles but just about anyone can ride a bicycle,” Teutul Jr. says about the venture.

For Ruff, on the other hand, this opportunity brings their brand into the hearts and minds of millions. Why would anyone see this sort of connection as anything less than a launch ramp for a brand? Think about it; everyone the world over, from Tokyo to New York, and even Berlin, has heard of Paul Teutul Jr. Sure, there are other reasons too, but this one has to be one of the most important.

“We are proud that Paulie has chosen us as his partner, as most of our team has been fans of him for many years. There is incredible energy between both sides and we are looking forward to work closer together for years to come. His fans can look forward to see his unique style on our bikes!“ Pero Desnica, the CEO and founder of Ruff Cycles, adds.

What now? Well, if you want to see what these two teams have in store for you, make sure to make a note in your calendar for the 24th of March, 2021. That's when both crews will announce the first product via their websites, as detailed in the press release below. 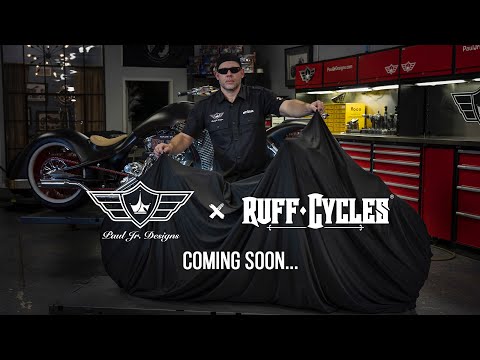 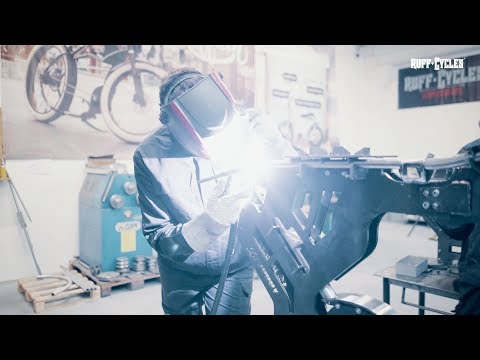