5 C63 AMG Burns Like a Marshmallow Because of a Switzer GTR P800
Car video reviews:
Up Next

We find it a bit unfair that some media outlets out there have failed to praises the bejesus out of the Mercedes-Benz E 63 AMG S-Model, as it is currently the fastest accelerating production sedan on the planet.
1 photo
Naturally, the “world's fastest accelerating” bit only happens in left hand drive versions, as they come with standard 4Matic all-wheel drive.

The following video might start off like a poor comparison between two mis-matched vehicles, as in one corner we have the national taxi of Germany and in the other the highly talked-about and “destroyer of Porsches” Nissan GT-R.

To be fair, the GT-R is a 2010 model, while the E 63 AMG S-Model is brand new, but other than that both cars are entirely stock and neither one is using launch control. 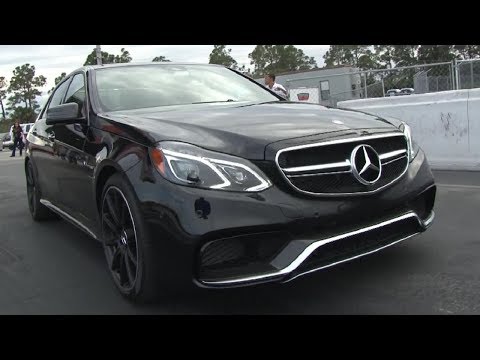