Home > News > Industry
Alex Oagana
Last year, the Mercedes-Benz E-Class W212 received what is arguably the most expensive mid-cycle refresh in the history of the automobile, with the four versions of the car getting most of the safety features that were also introduced by the S-Class flagship sedan.
1 photo
Part of the new set of the modifications that the E-Class got on the United States market was a full rollout of the 4Matic all-wheel drive system on almost every engine version, while the E 350 BlueTec was replaced by the E 250 BlueTec.

With an inline four-cylinder instead of the V6, the E 250 Bluetec is twin-turbocharged instead of just turbocharged like the previous E 350 BlueTec, many people saw it as a serious downgrade.

The truth is, the new E 250 BlueTec doesn't suffer much in terms of cruising performance as it has no less than 500 Nm (369 lb ft) of torque at its disposal, while the fuel economy is even better than that of a V6 hybrid car.

When paired with 4Matic all-wheel drive, the car impressed the folks from Consumer Reports so much that it just became the second highest rated car ever, just behind the Tesla Model S. For a few minutes about the car and then a lot more about all kinds automotive, check out the mildly-boring Consumer Reports podcast bellow. 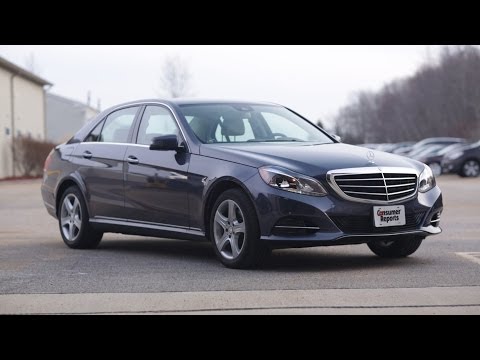