Elena Gorgan
File this under “things you didn’t know you needed:” Dyson has its first audio product, which also happens to be its very first wearable, and it’s the oddest thing ever. Called the Dyson Zone, it’s a pair of noise-canceling headphones with an integrated air purifier.
10 photos

Back in the early months of the 2020 world health crisis, several startups tried to break onto a newly-profitable segment of the market with all kinds of smart masks and portable air purifiers. Pollution in crowded urban areas had long been a problem, but the new virus compounded them, while also standardizing mask-wearing in public spaces. Every cyclist, tourist, or commuter could now use a gadget of this kind, one that would ensure proper air filtration.

That said, the Dyson Zone pre-dates the health crisis, as it has spent close to six years in development. It is also the first product of its kind to combine two functions into one, and thus offer what you could describe as all-around protection from pollution, whether noise or ultrafine particles like dust, CO2, or pollen.

The Dyson Zone was announced eight months ago, but at the time, the company didn’t reveal much as regards specs and pricing. Earlier this week, the full spec list was announced, as was pricing, and it’s the latter that’s getting a lot of people talking. Truth be told, people had a lot of thoughts on the gadget even prior to that, because of its unique form factor.

“Now I can finally look like Bane while fighting my pollen allergies” is just one of the many reactions posted to social media about this polarizing product. The Dyson Zone is also much heavier than competitor products in the audio market (670 g / 23 ounces with the visor), and if you use it for both functions (listening to music and air filtration), it offers an autonomy reduced to just 1.5 hours from the 50 hours for listening to music. Perhaps worse is the fact that it’s priced starting at $949, which makes it twice as expensive as AirPods Max and, according to some critics, adds to the ridiculousness of the idea.

That said, the Dyson Zone is not so easily dismissed, early reviewers point out. The gadget feels a bit gimmicky and twice weirder when worn than how it looks, but you get used to it. It also seems to deliver on promises made in this week’s announcement: to offer high-fidelity audio, effective noise cancellation, and clean air directly into the mouth and nose.

The Dyson Zone is backed up by real science, like most innovative Dyson products. The project has been in development for almost six years, and it spanned some 500 prototypes until the final form was achieved – and included the use of Frank, a very advanced mannequin with artificial robotic lungs. The Dyson Zone consists of a pair of larger-size over-ear headphones that integrate active noise canceling (ANC) technology, and two compressors that draw air through filters and then project streams through the non-contact visor.

Because the streams are directed into the nose and mouth of the wearer, the Dyson Zone creates a bubble of clean air only for that wearer. And it does so without them having to put on a face mask, which is not entirely without downsides. Dyson says that the negatively-charged electrostatic filter captures 99% of ultrafine particles like brake dust, allergens, industry combustion, and construction particles. There’s also a potassium-enriched carbon filter for NO2 and CO2. Both filters are good for up to 12 months before they need changing, but neither protects against viruses.

The headphones can be used without the mouth visor and are capable of up to 38 decibels of noise cancellation. The companion app offers information and recommendations on air pollution, but also allows choosing between three equalization modes for listening to music. Early reviews note the headphones are impressive, especially if you consider that this is Dyson’s first attempt at something of the kind.

The Dyson Zone will become available in January 2023 in China, and in March in the U.S., UK, Hong Kong, and Singapore. The starting price for the U.S. is $949, and it includes a cleaning brush and a dedicated sleeve, and, according to critics, the promise of being dumped by some of your friends right away, for wearing such a silly-looking device. 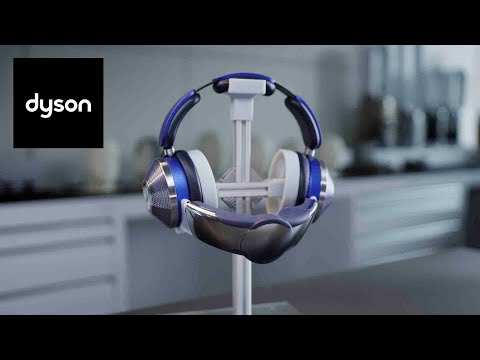 
There’s also a quick story on the pricing (spoiler: they’re expensive) and when you can expect the cans to be available in your region: https://t.co/Rz8OfdbMKb