5 Here’s the Most Entrancing Custom Ducati 1199 Panigale S We’ve Ever Seen
Car video reviews:
Up Next

“The oldest and most prestigious off-road race in America,” this is how organizers describe the Mint 400 event. Held in Las Vegas since 1968, it was initially created to promote the Mint Hotel’s annual deer hunt but quickly expanded into a full-blown desert race for all sorts of rugged pieces of wheeled machinery.
30 photos

A lot of things have changed since the first edition. Last year, for instance, the Hooligan Classes were introduced for bikes powered by 750cc or larger engines. Ducati entered the competition with three Scrambler Desert Sleds, partnering with off-road brand Fasthouse, and won the Hooligan Open Class courtesy of rider Jordan Graham.

Now the Italian bike maker decided to celebrate last year’s achievement properly and chose to do that by releasing a limited edition version of the Desert Sled. Eight hundred units will be made as part of the run, and they will be accompanied by a “capsule collection of Ducati Scrambler Fasthouse apparel.“

Setting these 800 bikes apart in the crowd is a special livery designed to replicate the graphics used by the Sleds in the Mint 400. Other unique details include the Fasthouse logo featured alongside the Ducati Scrambler one and an aluminum plate bearing the number of the bike within the limited series.

Also known as the Ducati Scrambler Fasthouse, each bike is equipped with an 803cc engine, adjustable Kayaba suspension, and black-spoked wheels (19-inch at the front and 17-inch at the rear) wrapped in Pirelli Scorpion Rally STR tires.

Ducati says the new bikes should become available at dealerships by the end of this month. On the American market, the Fasthouse Desert Sled is offered from $12,295. 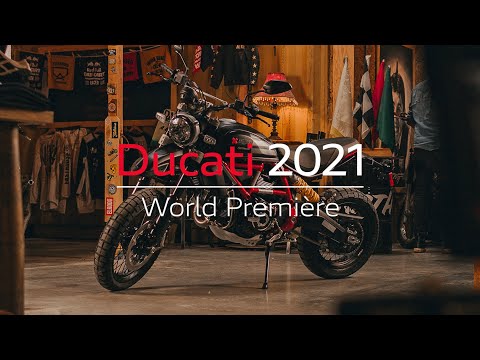