Good news for the Ducatisti as the Italian motorcycle maker just revealed two fresh new variants of the popular Scrambler model at the Wheels and Waves event in Biarritz, France. Say hello to the Scrambler Mach 2.0 and Full Throttle!
9 photos

Inspiration for the name of the former model comes from a motorcycle that made history in Ducati’s ‘60s era. Back in 1965, the Mach 1 250 was launched. It was a classic of its day and used the same engine as the Scrambler 250 of the time.

Needless to say, the choice of the name stems from its association with speed and movement; ‘Mach’ being a measuring unit for supersonic speeds.

Its fresh new graphics are created by Roland Sands and take their cue from the Bell Cross Idol helmet, featuring colors that evoke the typical West Coast style of the ‘70s.

Moving over to the second model, the Scrambler Full Throttle comes with a new “Shining Black” gas tank and front mudguard as well as a new side panel finished with a distinctive black checkered pattern on a yellow stripe.

Ducati also worked to introduce the new rides in a special way at the French event. the two bikes arrived in style, and their carry vehicles turned into a mobile jukebox to provide attendees there some special beats for the rest of the time.

Both new rides arrived at Biarritz after leaving Borgo Panigale on June 12, traveling together in a Volkswagen California Ocean and a Volkswagen Amarok converted into a mobile radio station broadcasting Radio Ducati Scrambler live.

Once the Amarok arrived at Wheels and Waves, it became the event’s official radio station. And until June 18, you too can listen in to live Wheels and Waves broadcasts four times a day.

Oh, and the Ducati Scrambler Mach 2.0 was first unveiled in scale model variant as you can see in the funny clip below. 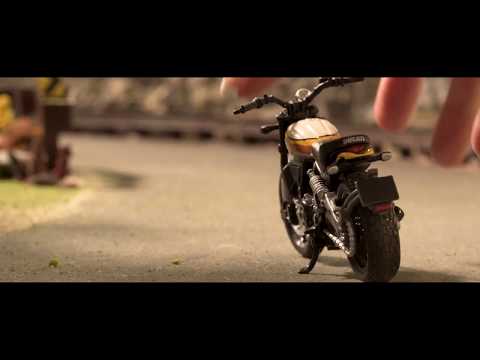 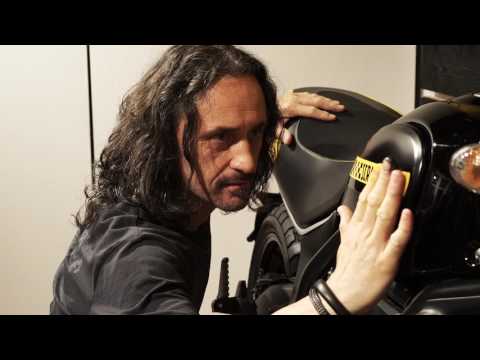