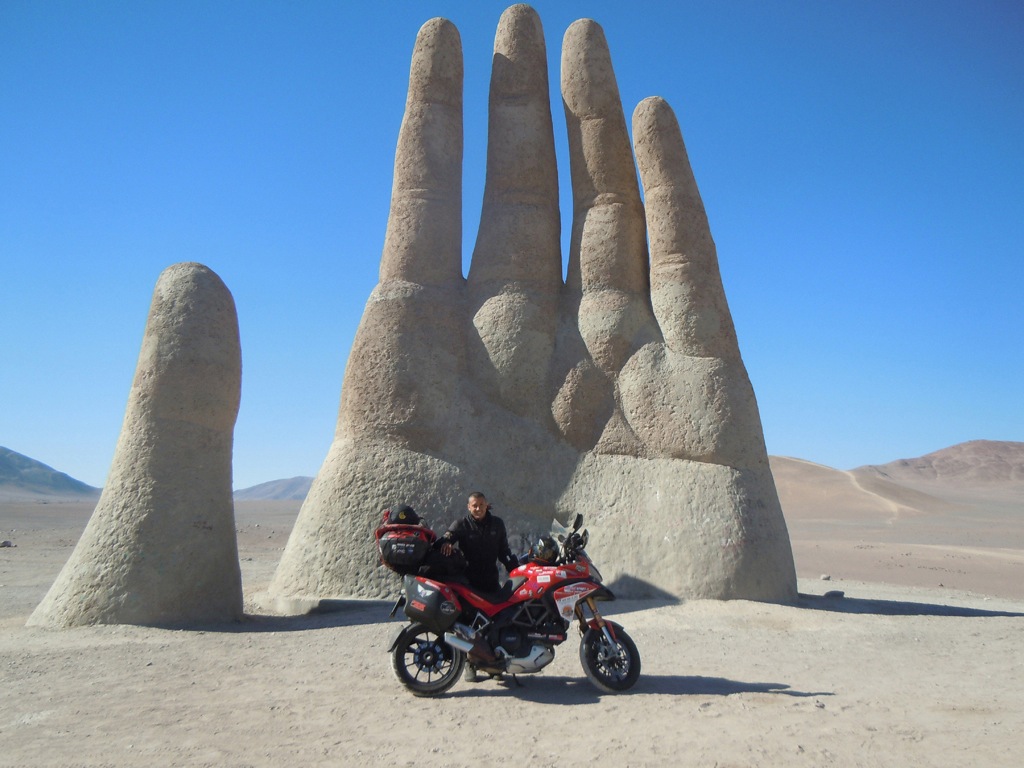 Paolo Pirozzi is known in the Ducati community as the President of the Naples Ducati Dreams Club. But the 31-year-old will now be better recognized for his recently completed feat - that of taking the Multistrada 1200 S on a round-the-world adventure.

Pirozzi’s adventure can be resumed this way: 350 days, five continents, visiting 80 of the D.O.Cs (Ducati Owners Clubs) located around the globe, eight sets of Pirelli tires and nearly 100,000km (62,000 miles) aboard the four-in-one machine.

The adventurer started his journey from Misano, and then went through Greece, Bulgaria, Romania, Belgium, Eastern Europe and Northern Europe. A local Ducatista from Moscow joined Pirozzi riding with him for three weeks through freezing Siberia.

On then to Japan, where Paolo’s Multistrada 1200 S checked in for its second service at 24,000km (15,000 miles) and then to China and the Asian Ducati Week event in Malaysia held during the MotoGP race. It was in Malaysia that Pirozzi realised another dream by riding around the track with his hero, Troy Bayliss. Through China and on to Pakistan, Pirozzi’s popularity increased like teh mileage on his bike.

He went on to Australia and Canada before arriving in the USA, where he had a busy schedule. Mexico finally saw Paolo enjoying a few days of rest prior to continuing down to South America and stopping off in Costa Rica, Honduras, Panama, Colombia, Peru, Chile, Argentina and the Tierra del Fuego before finally reaching Ushuaia, the southernmost inhabited place on earth.

After that, Paolo and his Multistrada 1200 S returned to Europe where they visited England, France, Portugal, Morocco and Spain, before reaching the finish line of the famous racetrack in Imola, Italy at the end of May 2011.

“Naturally, Paolo Pirozzi’s dreams are not over yet and this intrepid traveller from Naples is already planning his next big trip, which will take him to the magic half a million kilometres and the next World Ducati Week event in 2012,” Ducati says.