4 2010 Ducati Multistrada 1200 US Pricing Announced
Car video reviews:
Up Next

Ducati Multistrada and Falcon Kestrel to Debut at Quail Lodge 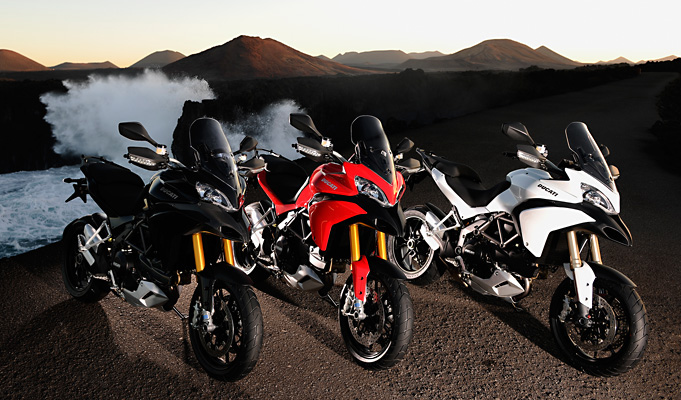 Two of the most anticipated motorcycle models, the four-in-one Ducati Multistrada 1200 and the custom Kestrel Falcon will be unveiled at the Quail Motorcycle Gathering on May 8 at the Quail Lodge Golf Club in California. Both motorbikes are expected to attract a large amount of visitors to the event.

The Multistrada allows the rider to change from Sport, Touring, Urban and Enduro via four pre-set programs, depending on the road conditions.

As for the Kestrel, the successor of the Bullet Falcon is based on a 1970 Triumph Bonneville engine that Falcon’s specialists cut in half and re-engineered. The team spent over 2,000 hours to create the one-off bike. Except for 10 inches of the original Triumph frame-neck, every part of the motorcycle including the cylinders, were made 100 percent in-house at the Falcon workshop in L.A.

"We are honored that Ducati and Falcon Motorcycles, the most distinguished companies in the industry, have chosen to debut their newest masterpieces at The Quail," Courtney Porras, Director of Special Events for Quail Lodge Golf Club, said in a release. "Our guests will be among the first to have the unmatched opportunity to compare the aesthetics and engineering of these rare bikes."

Among the highlights there will also be the all new Honda VFR1200F, featuring the world's first dual clutch transmission, Ducati test-rides, an Adam Wright photography exhibit and therapeutic chair massages. Tickets to The Motorcycle Gathering are $65 per person, $10 for children 12 and under.