2 Ducati Denies Adding a Corse Model to the Multistrada Range

4 Ducati Diavel on Its Way to Georgia 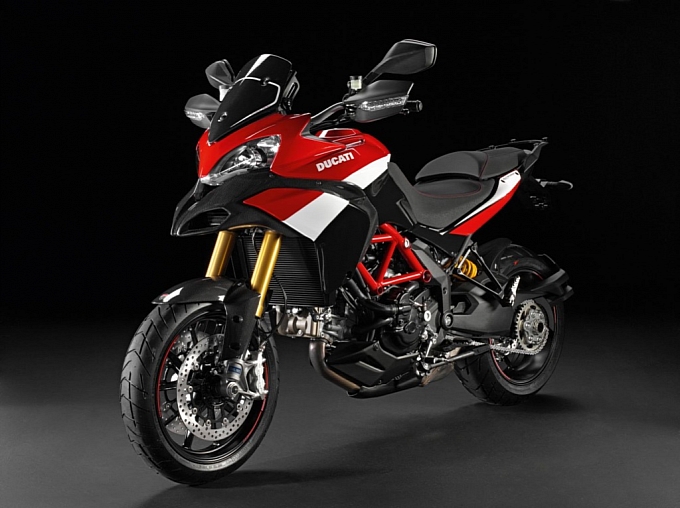 The upcoming Quail Motorcycle Gathering (May 14) will witness the North American unveiling of the new Multistrada 1200 S Pikes Peak Special Edition, Ducati announced today. The manufacturer has made a special ticket package available for the occasion, which will include a VIP ticket to the event, free Ducati-only parking, and free gear check for less than the general admission price.

Alongside the Multistrada 1200 S Pikes Peak Special Edition, there will be several brand new models on display at the event, including the all-new Monster 1100EVO and the radical new Diavel.

As the newest addition to the Ducati lineup, the Multistrada 1200 S Pikes Peak Special Edition celebrates the Multistrada 1200’s win in the 2010 Pikes Peak International Hill Climb. It comes with a replica Ducati Corse-style paint scheme, passenger foot-peg hangers and engine guard anodized in black finish and sport red pin-striping on the wheels.

The Quail Motorcycle Gathering will also be a preview event for the highly-anticipated Monster 1100EVO, which is being shown in advance of the national dealer premiere May 27th.

The Monster 1100EVO comes as the first air-cooled Monster to produce 100 horsepower. It is also the first Monster to feature the Ducati Traction Control (DTC) system- which combined with standard ABS brakes composes the Ducati Safety Pack.

Finally, the 2011 Ducati Diavel offers 162 horsepower that can be managed in three different Riding Modes and ridden with the assurance of the Ducati Safety Pack, which includes ABS brakes and Ducati Traction Control.