3 All New Ducati Models to Have Pirelli Tires 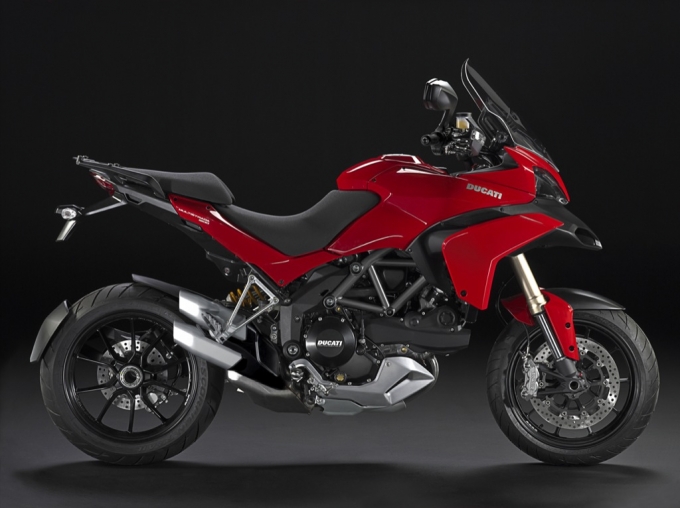 North American fans of the Italian brand will be able to take a closer look at Ducati’s new contraption, the four-bikes-in-one machine. The Multistrada 1200 bike, introduced for the first time last month at the Eicma Show in Milan, will make its North American debut at the Cycle World International Motorcycle Show in Long Beach, California, this weekend.

This motorcycle is able to offer four different riding modes including Sport, Touring, Urban and Enduro. The Multistrada 1200 was named Best in Show at EICMA 2009, taking more than 48 percent of the votes, followed by the MV Agusta F4 and the Aprilia RSV4.

"We are very excited to launch the technologically-advanced Multistrada to North America at the world's largest motorcycle show series," said Ducati North America CEO Michael Lock in a statement for the press. "The Multistrada 1200 is a unique model for us since it really attracts all types of riders. It is not only powerful and playful, but also a comfortable and versatile adventure on two wheels."

The Multistrada 1200 will arrive in the US next spring in four different variants, ranging between $14,995 - $19,995. In the meantime, motorcycle enthusiasts can visit the IMS show in Long Beach to see this innovative machine up-close and personal between December 4-6.

In addition to the debut of the new Multistrada 1200, Ducati will host a series of fashion shows in its booth during the IMS. Moreover, the Ducati Freestyle Team will be doing stunt shows on the Ducati Monster 696 bikes throughout the weekend.