Ducati Denies Adding a Corse Model to the Multistrada Range 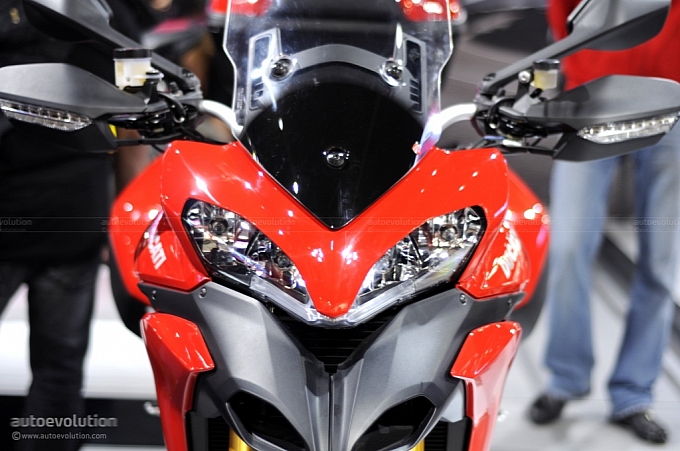 During the last couple of days, various websites have been announcing that Italian motorcycle maker Ducati is planning to add a new model in 2012, one that has already been registered with the CARB (California Air Resources Board). Documents leaked from the body that homologates all vehicles for sale in the state of California worked as a back-up of the story.

Rumors went as far as speculating the new model, that would have been dubbed 1200S Corse, will add a race kit, an aluminum fuel tank and Ducati Corse graphics. However, all those who have made hopes of owning a Multistrada variant much powerful than the current “S”, will have to put that thought aside.

It appears that Ducati revealed that the ‘Multistrada 1200 S Corse’ name was only registered as a back-up in case it couldn’t get the Pikes Peak name certified. The latter was used for the Multistrada 1200 S Pikes Peak Special Edition, a model that celebrates Greg Tracy’s famous victory in the 2010 Pikes Peak International Hill Climb race in Colorado.

“No, there is no Multistrada 1200 S Corse on the way, it is the Multistrada 1200 S Pikes Peak Special Edition,” said Diego Sgorbati, Director of Marketing at Ducati in Bologna, to MCN. “The Pikes Peak race victory was the one and only inspiration behind this version of the Multistrada, but the early stage of going through the homologation process was ahead of getting the official stamp of approval to use the special name."

“To be on the safe side, and show professional respect to all parties involved, we decided to also register the version under an additional name, but you will only see the Multistrada 1200 S Pikes Peak Special Edition as we have very kindly been granted permission from the legal holders of the title.”

The CARB documentation is available in the PDF attached bellow.