5 First Ever Space Selfie Sells at Auction, It Was Made More Than 50 Years Ago
Car video reviews:
Up Next

If you though The Dubai Police fleet is impressive then this will blow your mind. Innovation and high-end technology are where the big money should go these days, and the UAE seems to have learned this message too. The small, but ambitious young Arab nation has decided to join in the outer space competition and launch their own Mars Mission.
1 photo
“Arab civilization once played a great role in contributing to human knowledge, and will play that role again. Emirates Mars Mission proves that nothing is impossible, that Arabs can compete with the greatest of nations in the race of knowledge,” said ruler of Dubai Sheikh Mohammed bin Rashid Al Maktoum. The UAE leader attended the May 6 press briefing where members of the Emirates Mars Mission team unveiled details about their plans to launch the Arab world’s first Mars probe in July 2020.

Somewhat typical to how fast Dubai and the UAE have developed over the past decades, the nation’s space program is only ten months old yet it's already taking significant steps. They have already concluded bilateral space agreements with Russia, France, Britain, and Kazakstan. They also met with the US government officials to discuss terms of cooperation.

Besides the conference, they also launched a video presentation of the mission you can consult below. It presents the details of what its leaders claim will be “the first holistic study of the Martian climate and how the layers of the atmosphere fit together.” As opposed to what some believe, the car-sized probe named Hope (or “al-Amal" in Arabic) could actually come up with precious information the international science community could use. The probe will try to understand how Mars lost its water
According to Forbes, the spacecraft may spend as long as four years in Mars orbit. Here, it will analyze the red planet’s atmosphere in hopes of finding answers to ongoing conundrums involving Mars’ long-term water loss via atmospheric photo-dissociation. Long story short? The mission is to create the first ever truly global picture of the atmosphere.

Apparently, such research will not interfere with the other ongoing international missions, but rather complete them. Reports are 75 Emirati scientists and engineers are involved in the project. The space program will see the unmanned Hope travel for about 200 days at speeds of up to 40,000 km/h (24,854 mph) on its journey of 60 million kilometers (37.2 million miles).

It’s quite promising to see the world getting together to create, and discovery for a change, instead of finding newer means to kill each other. 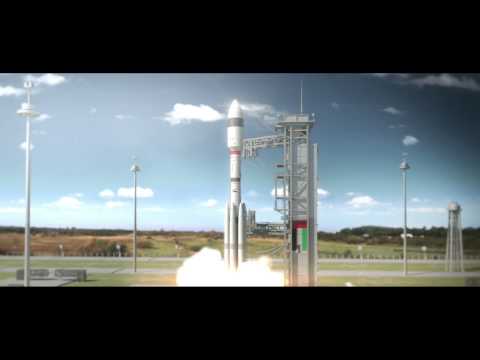