If you thought that the low-slung Mercedes-Benz SLS AMG police car that is part of the ever-increasing supercar patrol cars in Dubai was there just for show, you better think again.
1 photo
Don't worry, we were having the exact same opinion until today, especially considering the Brabus G 63 AMG patrol car that we drooled over back in November of last year.

Police supercars that actually protect and serve the public, isn't that incredible? Well, you better believe it, because the following video depicts the aforementioned Mercedes-Benz SLS AMG having pulled over a black Range Rover in Dubai.

We have no idea for the reason behind the police stop but we're guessing that it wasn't a highway show and tell game from the police guys' point of view.

All we need to see now is a police chase and maybe even a couple of high-speed PIT maneuvers from the Brabus-tuned G 63 AMG we mentioned earlier, because we have a feeling they would look about nine or ten times cooler than those seen in the US on a somewhat daily basis. 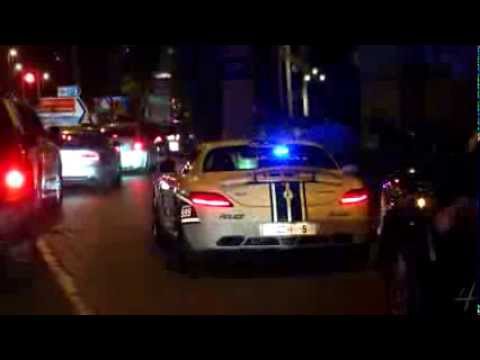