1 Fish-Inspired, Hitchhiking Drone Switches Between Water and Air in Less Than One Second

Developed by researchers at Imperial College London, MEDUSA, which stands for Multi-Environment Dual Robot for Underwater Sample Acquisition, is a dual drone that can both fly and dive.
6 photos

We’re seeing more and more of these unmanned aerial vehicles conquering not just the sky but also the water, with this versatility making the drones suitable for a wider range of applications. One example is the FiFish ROV-based multifunctional commercial drone developed by underwater robotics company QYSEA, in partnership with Japanese drone manufacturer Prodrone, and telecommunications operator KDDI. When unveiled back in January, it was touted as the first one capable of seamlessly operating through air, land, and sea.

The Imperial College London and Empa research institute also have an underwater/aerial drone in addition to MEDUSA. It is a ramora fish-inspired robotic vehicle that needs less than a second to switch from water to air.

To fly, MEDUSA can be controlled remotely and it uses its multirotors, which help it travel over long distances, avoid obstacles, and carry various payloads. When it has to land on the water, it deploys its tethered underwater pod, whose three-dimensional position in the water and depth can be adjusted by the operator, also remotely. During all these operations, the user is guided by real-time video and sensor feedback installed on the pod.

As for the applications of the MEDUSA, researchers say it can replace boats and be used to simplify robotic underwater monitoring. The dual drone could also be used to monitor and maintain underwater energy pipelines and floating wind turbines.

You can see MEDUSA in action in the video below. 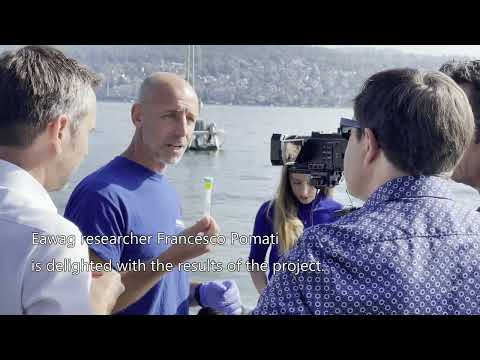