Drunken Driver Calls 911 to Turn Himself in 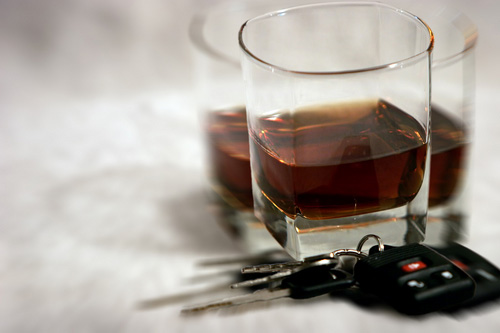 Hardly could we have imagined that there are some (extremely) rare cases when motorists who had a few extra beers and then got behind the wheel turn themselves in.

But as incredible as it may seem this was exactly the case of a Pennsylvania man who called 911 on Saturday to tell the cops that he was too drunk to drive, upi.com reported. The man later identified as John Wilson, 26, of Knox stopped his car into a parking lot of a gas station in Sligo and patiently waited for the cops to arrive.

Quite obviously, Wilson was arrested when the cops arrived at the scene. However, according to the Post-Gazette, the police were still waiting the results of a blood-alcohol test before officially reporting  that Wilson was guilty of driving under the influence or not.

"[Mr.Wilson] related that he had left the bar and was on his way home when he realized he was too drunk to make it home," the state trooper reported.

So far we have no official proof that the man was driving under the influence, but judging by his gesture, we might just as well assume that he was so drunk that he couldn't even find another reasonable alternative to get out of the situation without being arrested. Probably a taxi would have meant less trouble for him but it seems that there are some moments when you just can not think logically.

Or is it the fact that there are still honest and incorruptible people on this planet who, after realizing they've made a terrible mistake, they stand up and say: "I did it"?  Highly unlikely...