1 Weed and Driving Do Mix

2 Car Takes Off from Dallas Forth Worth...

3 Man Loses His Lamborghini While Drunk
Up Next

Drunk Driver Injured Judge Who Let Him Off Years Before 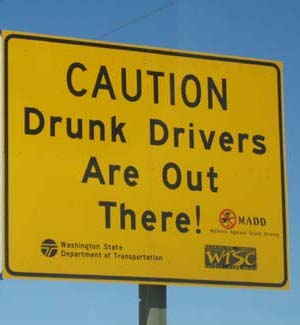 Talk about irony, or how some decisions come back to haunt you... Some 12 years back, judge Edwin Collier sentenced Rene Fernandez to 60 days in jail for drunken-driving charges, but suspended the term. In 2009, Fernandez crashed, while drunk, into a Honda Accord driven by Collier, the judge who'd let him off, leaving the latter permanently impaired.

The trial for 2009 was handed out on Tuesday with a new judge deciding not to take any chances and send Fernandez behind bars for the next 18 months (he will likely get out in 13 to 15 months).

Collier, now 86, was still working when the crash occurred, even if he had retired as a full-time member of the bench. Currently, due to the fractured ribs and a broken leg caused by the accident, he has to use a cane while walking. His wife, Ellen, also present in the car, now has to use a walker.

"He had worked right up until the accident and he would work today," John, the judge's son, was quoted as saying by The Washington Post. "Mom doesn't even get out of the car."

Fernandez, whose defense tried to emphasize he is an alcoholic who no longer drinks, says he is really sorry about how things worked out for the lenient judge.

"Since then, I asked the Lord to help this beautiful family," he said in court. "And I hope that it never happens to anybody. That was not my intention."