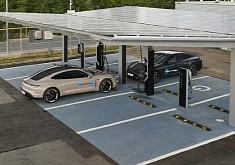 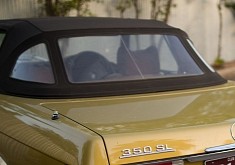 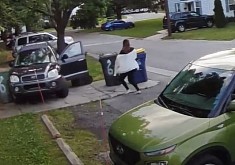 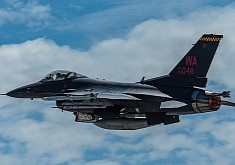 Home > News > Driven
Before buying a new car or motorcycle, you might want to check our comprehensive data base of test drives. We aim to evaluate each vehicle we test regarding drivability, roadworthiness and equipment so that you can make a more informed purchasing decision. From Alfas to Volkswagens and even two-wheeled crotch rockets, you can find it all on autoevolution.

16 Sep 2016, 15:17 UTC / The latest generation of the C1 is once again Citroen's smallest vehicle. We tried it to see how it compares with the previous model and its new rivals

24 Aug 2016, 08:32 UTC / Unlike other American carmakers, Buick is not afraid to take a chance and go topless, especially since we're talking about an European model

24 Aug 2016, 08:32 UTC / Essentially a redesigned Toyota RAV4, the NX is the smallest crossover in the current Lexus lineup, which also makes it pretty fun

16 Aug 2016, 18:04 UTC / Spawned from a surprising partnership between Daimler AG and the Renault-Nissan Alliance, Infiniti's smallest vehicle comes packed with a lot of kit

12 Aug 2016, 06:29 UTC / The 6 Series Convertible in diesel and all-wheel-drive form is epitome of an automotive antithesis. It shouldn't work, and yet it does

12 Aug 2016, 06:29 UTC / Renault’s fourth generation Megane shows how much this model has evolved in the 20 years since the first model came to market

11 Aug 2016, 08:38 UTC / The 6 Series Cabriolet is far from being the best bang-for-buck proposition in the BMW lineup, but in 640d xDrive guise is a little bit different

11 Aug 2016, 08:38 UTC / Pretty, somewhat fast and with a quirky personality, the fourth generation of the Megane is a nice compact hatch, but what is it like on a day by day basis?

10 Aug 2016, 06:22 UTC / Is it wrong to have your way with a four-seat convertible that has AWD and a diesel engine? We're not sure yet, but the experience is certainly memorable

10 Aug 2016, 06:21 UTC / The French hatchback has learned new tricks regarding driving dynamics in its latest evolution, and its tech features are equally impressive

9 Aug 2016, 06:44 UTC / Even though you can welcome the sun and and stars inside it, the 6 Series Convertible is not the most spacious 4-seat cabriolet out there

9 Aug 2016, 06:43 UTC / Renault has done an excellent job on the Megane IV’s interior, and the result is a model that can compete with the segment’s leaders from any point of view.

8 Aug 2016, 13:33 UTC / One of the best-looking four-seat cabrios on the market has recently received a mid-cycle facelift. We took the 6 Series Cabrio LCI for a spin to see what's up

8 Aug 2016, 13:03 UTC / Renault’s Megane has reached the fourth generation, as the French compact is bigger than ever. It also comes with the sexiest design ever showcased by this line