4 Ford Crown Victoria With V12 Tank Engine Hits the Dyno, It's a Miracle It Didn't Break It

5 This 1914 Rolls Royce Silver Ghost Will Make You Feel Like a Lord, if You Can Afford It
Car video reviews:
Up Next

Almost 50 years ago, my grandfather bought his first car: a brand new Dacia 1300. This vehicle was based on the Renault 12, and it used a little 1.3-liter engine with a maximum output of just over 50 horsepower. Fast forward to the early '90s, and this vehicle would spark my love for cars. It would take another 30 years from that point until I had the chance of being a passenger in a Rolls-Royce Phantom VII.
138 photos

I still remember the first time I saw the Phantom VII with my own eyes. I was at a large-scale pro drift event, and the paddock was filled with cars that were specifically built for the sport. Most were pushing out more than 700 horsepower to the rear wheels, and they all had widebody kits and flashy liveries. But the moment that the Phantom VII pulled in, it felt like time had stopped for a second. It was as if the king of cars had arrived, and it commanded respect at first glance.There's always a bigger fish
A few months later, I got to experience that car from the rear passenger seat, and it had quite an impact on me. At that point, I had driven several hundred different cars and experienced countless more without driving. "There's always a bigger fish" suddenly made more sense than ever before, but it also felt like a paradox: there's no way you'll find another vehicle to provide the same spectacular levels of comfort and luxury. The Phantom VII had set the bar way up, and I knew it would take years and years before I could ever experience something more impressive.

Listening to AC/DC's Thunderstruck at full blast while cruising around on the Autobahn at speeds of over 124 mph (200 kph) is still one of the coolest things I've ever experienced, next to drifting cars, and riding race bikes on the track. The Phantom VII was discontinued in 2017, with just over 10,000 units being delivered to customers around the world. With the first Phantom being introduced almost 100 years ago, in 1925, it was obvious that Rolls-Royce would return with an even more advanced version.

The company's flagship luxury car was unveiled in July of 2017, with deliveries starting in January 2018. If it's going to have a lifespan that's just as long as the previous model, this might be the last Phantom to feature an internal combustion engine. But we can worry about that, six or seven years from now. Now, I had been thinking about making a list featuring 100 cars you need to drive before you die for a while now. And while over 90% of them are built for speed, I had saved a special place for the new Phantom too.

I don't know if the Universe heard me or not, but the day I got the call that I would be driving that car was a good day indeed. But not as good as the one that I performed the test drive in. With a huge queue of journalists lined up to have a go at it, that meant we were only going to experience it for a few hours. It can be difficult to experience everything this car has got to offer in such a short amount of time, given how complex and advanced it is. But then again, it only takes a few minutes of driving to give you a taste of what it means to be a multimillionaire. Take the best that exists and make it better
Seeing a Rolls-Royce Phantom driving down the street is not going to be a daily occurrence unless you live in a city like Monaco or something similar. When I arrived at the dealership to pick up the car, I was once again stunned by its aura. I had never seen one in Burnout Grey before, but it felt like a fitting color for what most people would almost consider a land yacht. The SWB model is 226.8 inches (5,762 mm) long. When speaking of the Phantom, the short wheelbase clocks in at 139.8 inches (3,552 mm).

To put things in perspective, the G70 BMW 7-series is 212.2 inches (5,391 mm) long. The car sits on 22" Part Polished Dynamic Wheels, which are perfect for the epic proportions of the Phantom. Once you get behind the wheel, you get hit by two different thoughts at the same time. First, you'd better be careful with your steering and pedal inputs as you roll out the dealership front yard in a €534,099 ($523,523) car. Secondly, whoever says that you need to be in the backseat to properly enjoy this car is probably not very fond of driving to begin with.

Driving off at 10.30 AM in a pretty crowded part of the town felt a bit overwhelming at the start, given the circumstances. You'd think that a car that big would be challenging to drive, but you'd be wrong. A 90-degree right-hand turn revealed the wonders of four-wheel steering. Sure, you need to time your inputs and be mindful of the size, but it feels like the Phantom could almost drive itself, should that be required. Now, I've probably racked up over 20,000 miles (32,186 km) of driving new-generation Volvos, and the 8-speed automatic transmission on those is quite smooth, to say the least.

But driving the Phantom I would have almost forgotten that it even has a gearbox if not for the requirement to select Drive or Reverse during the test. The ZF 8HP 8-speed automatic is linked to a GPS receiver, to analyze the speed and location of the vehicle to optimize shift timing. I refrained from playing any music for the first 10 minutes so that I could experience the unmistakable, Rolls-Royce-specific serenity to its fullest. The suspension system is just as smart and advanced as the gearbox, and you could probably write an entire thesis on how refined it is.Your wish is my command
I'd say it's downright impossible to convey how smooth the ride is to someone who has never been inside a Phantom before. But there is a way that sort of begins to describe it: the eight-generation Rolls-Royce Phantom almost feels like it's hovering over any given surface, regardless if we're talking about cobblestone or asphalt. It's like having your own private, motorized cloud, and it perfectly explains why these cars will set you back more than half a million dollars.

Driving the Phantom doesn't just make you feel like you're leaping into the future. It makes you want to turn fantasy into reality. Sure, it's not going to be easy to buy this car if you're not making six figures a year. But setting a goal like owning a Rolls-Royce within the next five years could do wonders for your career and financial situation. I tried to snap out of this whole mirage as I was still behind the wheel, and about to enter the highway. At that point, I realized that there was more to the seemingly-tame engine to experience before the day was over.

The previous Phantom made use of a naturally-aspirated 6.75-liter V12, that was good enough for 454 horsepower and 531 lb-ft (720 Nm) of torque. But the new N74B68 V12 has got a twin-turbo setup to boost those figures up to 563 horsepower and 664 lb-ft (900 Nm) of torque. This isn't going to be as fast as a Ferrari 296 GTB, but that's not its purpose, to begin with. And if you afford to add the Phantom to your garage, buying a Ferrari isn't going to be that difficult either.

I'll just say one thing about the power delivery of this car: "Your wish is my command." You might notice a bit of lag if you're going to engage in wide-open throttle driving after just cruising along, but only if you've experienced a race car that had anti-lag or nitrous before. Otherwise, you'd better get ready to seemingly teleport from one point to the other, as maximum torque comes in at 1,750 rpm. After getting a feel of the comfort, stability, and dynamic feel of the Phantom, there was only one thing left to do.

In less than two hours I must have played hundreds of different songs from genres like rap, techno, drum and bass, house, and classic music too. Experiencing the Bespoke Audio system is like going to a concert, but it's all happening inside a car while you're sitting in some of the most comfortable seats ever created by man.

I must say that I hit a soft spot once I selected Duel of the Fates by John Williams. You might remember this one from Star Wars: The Phantom Menace. And I'm not ashamed to say that halfway through the song I could relate to opera-goers that find themselves bursting into tears halfway through a special play. Driving the Rolls-Royce Phantom even for just a few hours is something that my grandchildren will be hearing about once I get to that point. 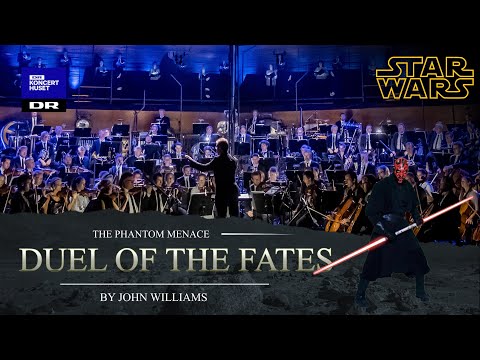