1 Get a Grip: Driving on Snowy Roads

The Stig Drifts a BMW M2 CS Like Nobody's Business

Drift Cars: This 380 Horsepower Nissan PS13 Is Perfect To Start Drifting In

The world of drifting has been continually expanding, and as a result, you can see a huge variety of cars if you attend an event of this kind these days. Walking through the paddock area, you'll always find yourself surprised by strange engine swaps or extremely beat-up cars.
10 photos

When building a drift car, the budget you start out with will define your build's final level, in most cases anyway. These days, to get a car up to the top level of competition, which is most commonly known as Pro 1, you'll most likely be spending more than $70,000.

For the second-highest level of competition, called Pro 2, you're looking at anything above $20.000, though it all depends on what kind of horsepower figures you want to achieve and how much you invest in chassis development. While the Chevrolet-powered Aston Martin Vantage we talked about previously was definitely a Pro 1 car, this time we'll have a look at a more down to earth machine.

If you looked at previous outcomes in the Japanese D1 Grand Prix drifting series, you noticed that the Nissan S-Chassis has been a dominant force in the game, winning most of the titles between 2001 and 2020. In the United States' Formula Drift, out of 17 seasons, the S-Chassis has managed to come out on top only four times, with Daijiro Yoshihara and James Deane being credited for the success of the Japanese built vehicle.

There has always been a kind of confusion regarding the 5th generation of the S-Chassis, as it has been sold under multiple names across the globe. While it's commonly referred to as the 240SX over in the United States and the 200SX over in Europe, in Japan, it is known as the 180SX or PS13, with the first being a fastback and the latter a coupe.

Even to this day, the S13 is an extremely popular choice among beginner and advanced drivers alike, and it just made sense for Swiss Pro Driver Tobias Welti to import one from Japan and convert it for drifting use. While you can still find this kind of car in the United States for several thousand dollars, Tobias paid roughly $17,000 for his back in 2010.

As opposed to the 240 SX, which comes with a naturally aspirated 2.4-liter engine, the PS13 is fitted with a turbocharged 2.0-liter, the extremely popular SR20DET unit from Nissan, a common swap for most pro drifters still to this day. Sure enough, with just 200 horsepower in stock form, Tobias invested approximately $11,000 in the engine alone, and now he's got 380 horsepower available at his right foot.

To get to that level, he decided to use a Pulsar GTi-R bottom end, as this car is slightly more powerful in stock form, and the turbo unit has been upgraded to a second-generation Garrett GTX2863. Even with the power upgrade, some weight reduction was necessary as well, and the car is now about 200 kg (441 lbs) lighter than it was when it left the factory.

Style is highly important for any drifter, as most of them will tell you, so this PS13 has been fitted with an Origin Labo kit and a nice selection of Work and CST rims to complete the look. A wise man once said, "What is power without control?" and as a result, Tobias has invested nearly $30,000 in handling and safety features alone.

He told us that another $10,000 went into maintenance over the years, so we asked what parts are most prone to failing during a race: "I'm still using the same engine as I did when I first got it, I just overhauled the head once. The bottom end is still the same. But I did go through 3 turbos, 1 stock SR gearbox, 2 doors and quite a few body parts."

We imagine it's not easy keeping up with 6-700 horsepower cars when you're only running 380, so if you want an insight on how that must feel like, we've got the answer the below. Also, even with the given setup, Tobias has managed to drive his way to two victories over the past few years, one in Germany and one in France.

"The car is still fast if you dive in with momentum, but there is no room for error. If you chase a high power car with lots of torque they can easily recover from a mistake, but you can't. Also if there is a short run up it is hard against high powered cars. At least it's nimble and reliable. Also not too expensive to run!"

In conclusion, you don't need 1,000 horsepower to start drifting. The PS13, much like the older Toyota Corolla AE86, is a car that will ultimately help a driver build up experience, as he'll be forced to compensate for the lack of power with his skills. And if you don't really want to join in on the Formula Drift action and give guys like Chris Forsberg a tough time, a setup like the above can be just the perfect thing for you! 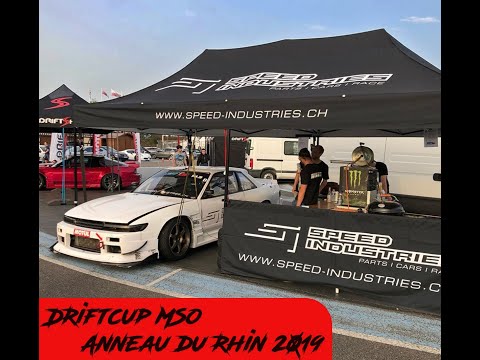 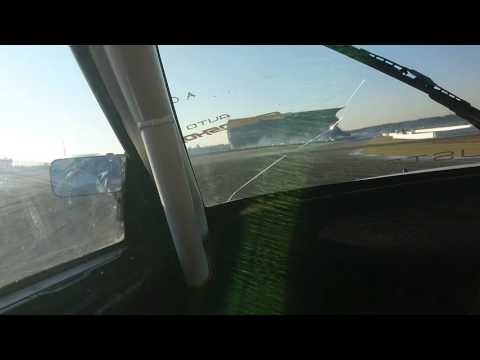