1 Drake Criticized for 14-Minute Flight in His Boeing 767 Private Jet, He’s Not Having It

3 If Your Name Is Drake, Even Your Bike Flaunts the Mercedes-Benz Logo

4 Drake Puts His YOLO Estate on the Market for $14.8 Million, Britney Spears Is Interested

Not Safe to Leave Valuables in Your Car, Crook Breaks Tesla Model 3 Window for $20

Drake was a close friend of late Virgil Abloh and has been honoring him with every chance he gets. The last one was by featuring Abloh’s last project, Project Maybach, in his new music video, “Sticky.”
11 photos

Now, Drake has a new music video for “Sticky,” and it features another nod to his friendship with late Louis Vuitton artistic director Virgil Abloh, who also gave a makeover to his jet, Air Drake. The video includes Project Maybach, the most luxurious off-roader yet, and half of it looks like a car commercial.

The off-roader is a collaboration between Abloh and Mercedes-Benz Chief Design Officer Gorden Wagener and it’s every rich person’s dream car, screaming opulence from every angle. In "Sticky," Drake uses it to go fishing.

Project Maybach is a high-ride two-seater coupe with a two-tone exterior and tan leather interior. It’s very long, measuring 6 meters (19.6 ft), and looks very imposing, with a square front end. The hood is transparent, showing the solar cells underneath, used for boosting the Maybach's range.

Drake's song features a nod to the electric off-roader and Virgil, with the artist rapping: “The toughest act to follow's back on tour / Off-road Maybach, Pyrex trap / Virgil came back through the boy, damn.”

Mercedes-Benz took its collaboration with Abloh to another level, creating a limited-edition Mercedes-Maybach S-Class with a two-tone finish, Obsidian Black used on the top and sand hue on the lower parts. The brand will create only 15 such units, all in the S 680 version, with a V12 under the hood. And knowing Drake, he might get this one, too. 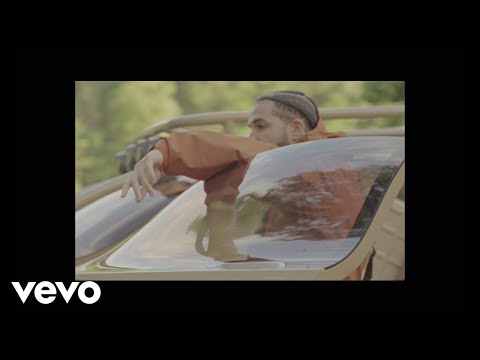