Gabriel Nica
Now that the F80 BMW M3 is starting to be delivered more and more around the world, videos of drag races with the new M car are bound to appear on the internet. Furthermore, BMW’s eternal rivals are now in the limelight, as their models are a bit dated compared to the fresh M3.
1 photo
The new M3 is basically still unrivaled at the moment, as Audi and Mercedes don’t have sedan high-performance models in this segment. However, since the M3 and M4 have the same specs and performances, the comparison between the sedan and its coupe rivals still stands.

So, in the video below, we have a stock BMW F80 M3 with a manual 6-speed gearbox competing against an Audi RS5. The numbers are pretty close, especially from a standstill. The M3 does the 100 km/h (62 mph) sprint in 4.3 seconds while the Audi will do the same in 4.5 seconds thanks to its all-wheel-drive and automatic gearbox.

If the drag race below would’ve been from a standstill, the M3 could’ve been in trouble, especially considering the manual gearbox that requires a rather good driver to allow the engine to put the entire power down. However, since this is a rolling start race, things worked out better for the BMW. Check out what happened. 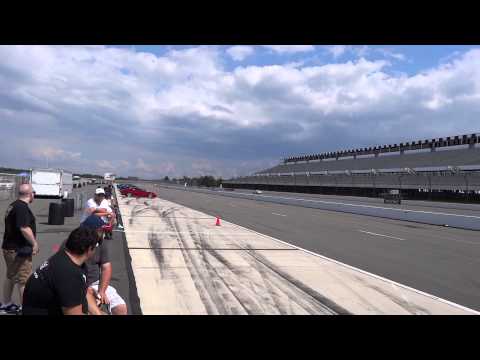