3 BMW M3 Competition Takes BMW i4 M50 to School, Shows It How To Win a Drag Race

4 Live Pics: BMW i4 M50 Safety Car Plugs Into the Heart of Munich

Dax Shepard Shows His Appreciation to His Lincoln Continental, He's Had It for 27 Years

Doug DeMuro Says BMW i4 M50 Feels Faster Than Advertised, but Would He Have It Over an M3?

While the BMW i4’s looks might be a bit controversial, we really can’t say the same about its specifications, especially with regards to performance. Furthermore, this fully electric fastback might even be as quick as an M3 Competition, which we kind of already suspected, but more on that later.
8 photos

The i4 is currently available in the U.S. in two specifications. Buyers can choose between the entry-level i4 eDrive40 model or the flagship i4 M50 version, both of which are more than quick enough by general standards.

That’s where the i4 M50 comes in with its dual motor setup and 536 hp. In a straight line, it can accelerate to 60 mph in just 3.7 seconds, although according to Doug DeMuro, who drove this version of the i4 recently, the M50 feels faster than advertised.

He specifically went as far as to say that it feels just as quick as an M3 and that BMW might have undersold those acceleration numbers so as to not take any of the M3’s “lunch money” when it comes to new customers.

The thing is, we’ve already seen the i4 M50 race the flagship M3 over a quarter mile and it’s obvious that at least for the first few seconds or so, the two are pretty much neck and neck.

In the end, though, DeMuro admitted that while the i4 M50 is exceptional in a straight line and really good in the corners, too, it still didn’t feel quite as agile as its ICE-powered sibling – mostly because of the weight. 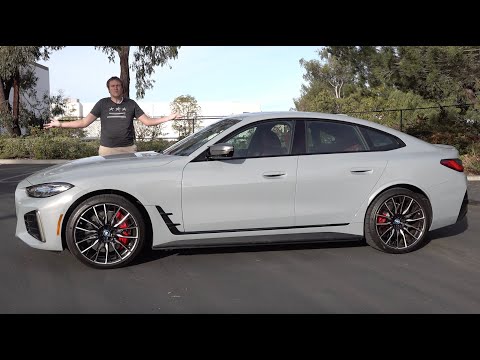