4 2021 Cadillac CT4: Forget Showing Off, Greatness Is Something of Substance

Doug DeMuro Samples 2022 Cadillac CT4-V Blackwing, Wouldn’t Have it Over a BMW M3

Cadillac’s BMW M3 and Audi RS 5 Sportback rival, the CT4-V Blackwing is a compelling product on paper. Unfortunately, it falls short of its opponents in a few key aspects, but only if you care about having sharp handling and that sort of stuff.
7 photos

That’s the exact amount of horsepower you get in a BMW M3, and just like with the M3, you can order the CT4-V Blackwing with a six-speed manual gearbox, while an optional 10-speed automatic is also available for the Caddy.

Back to the CT4-V Blackwing, according to car reviewer Doug DeMuro, as fun as it is to drive and despite offering good value for money, the baby Caddy is no match for its Bavarian rival the M3 when it comes to "fun factor, handling or quality.”

Still, to go from zero to 60 mph in under 4 seconds for less than $60k? That’s actually quite rare, especially for a sedan. 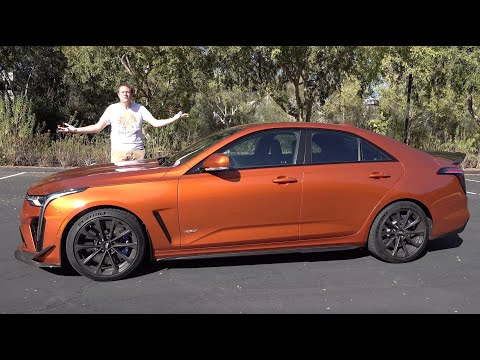