5 Listen to Koenigsegg Regera’s Engine Go All Out for the First time
Car video reviews:
Coverstory

Doug DeMuro Reviews the Koenigsegg Regera, Is Almost Scared of Its 1,500 HP

There are only a handful of hypercars out there that can do what the Koenigsegg Regera can do, and they all cost an absurd amount of money, for a good reason. Even so, the Regera is a standout thanks to its 1,500-hp drivetrain, awesome dihedral synchro-helix doors, relatively low weight, and luxurious interior.
7 photos

Koenigsegg sees the Regera as more of a grand tourer, and it’s certainly pretty good at impersonating one, according to Doug DeMuro, who recently sampled the $2 million Swedish hypercar on public roads. He came away extremely impressed, especially by the available on-board tech, the overall quality of the interior, and the performance.

He didn’t love the exterior styling, though, but then again, beauty is subjective, and we think the Regera is good-looking enough—let’s just put it like that.

Other things that impressed him were the Regera’s handling capabilities, where he found it extremely stable and easy to control, with little to no body roll during cornering.

The only complaint was for the lack of a conventional gearbox. That meant that instead of being able to downshift for more immediate acceleration, in the Regera you’re simply left with the option of continuously pressing the accelerator more and more, to the point where you might become uncomfortable with how much throttle you’re using in a 1,500 hp vehicle. 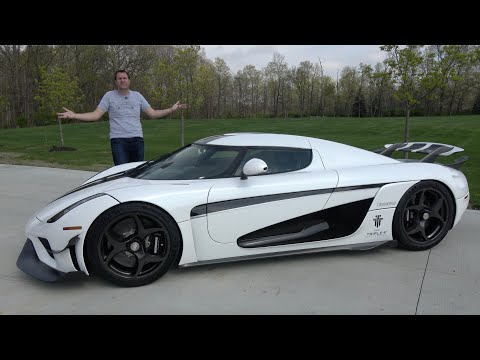