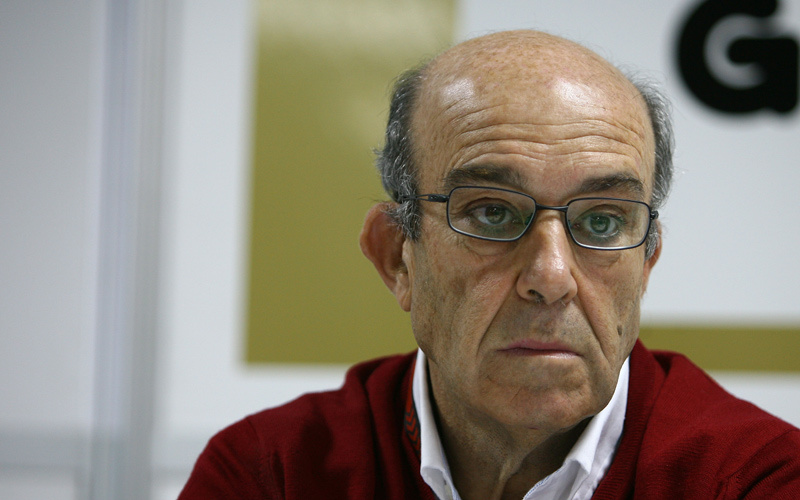 Following rumors that MotoGP's promoter Dorna is interested in helping the FOTA set up a rival series to Formula One, the Spanish company's boss Carmelo Ezpeleta felt the need to set the record straight. Not only he denied the allegations, but also insisted that all the parties involved in the current political crisis in F1 would be stupid not to come to an agreement.

Ezpeleta insisted that Dorna Sports is solely focused on securing the future of the MotoGP championship and have no plan redistributing their attention on other series.

“Pardon me for saying, but it's just stupid. No way. I'm with motorcycles, having joined a company of which I am also a shareholder, and we're committed to bringing the bikes forwards,” Ezpeleta told Spanish radio Onda Cero.

“I do not have any intention in the slightest to organise a parallel championship. I believe the formula one crisis will be fixed. Surely they're not stupid enough to break it all up,” added the Dorna Sports CEO.

The Spanish promoter – equivalent to Formula One's FOM – had to deal with some economic crisis-related problems of their own recently, when Japanese bike manufacturer Kawasaki decided to pull out from the MotoGP. Ezpeleta managed to convince Kawasaki to field at least one bike in 2009 and eventually kept all the manufacturers for another MotoGP season.

“We have an agreement with the constructors that if they are unanimously opposed to a new rule, then the rule doesn't take effect,” concluded Ezpeleta, advising the F1 to take the example of their motorcycle racing counterparts in solving the crisis.