1 Ashton Kutcher Bought a Ticket to Fly to Space With Virgin, Backed Out

3 Predictably, Sir Richard Branson Dreams of Building a Hotel on the Moon

It’s been a full week since Virgin Galactic was able to put out the first man on a commercial flight to space (close to the edge of it, more like it), and that man is still defending the incredibly expensive mission. That man is, of course, Virgin Galactic CEO and founder, Astronaut 001 Sir Richard Branson.
15 photos

With Branson becoming the first individual to actually launch himself into space on his own aircraft, it is said that he won the “billionaire space race.” The other two competitors were Jeff Bezos with Blue Origin and Elon Musk with SpaceX, both of whom have spoken before about their desire to make space accessible to everyone, much like Branson himself.

“I must admit I haven't liked the word billionaire,” he said, as you can see in the video at the bottom of the page. “It's like, ‘Richard Branson, billionaire.’ I think what all of us [Bezos and Musk] are trying to do is to spend our lives creating things that we can be proud of, that make a difference in the world and hopefully pay the bills at the end of the year.”

He went on to say that flying the Unity 22 spaceplane to the edge of space was a long and very expensive journey for Galactic, but also one that kept Virgin employees paid at a time when everything else shut down at the start of the health crisis in 2020. As for the motivation for it, in some convoluted way, Branson makes the argument that you can only appreciate Earth for the wonderful planet it is only after you have seen it from space.

In other words, fly to space to see Earth and know that we have to do something about climate change, overpopulation and all the other issues threatening to wipe humanity out. 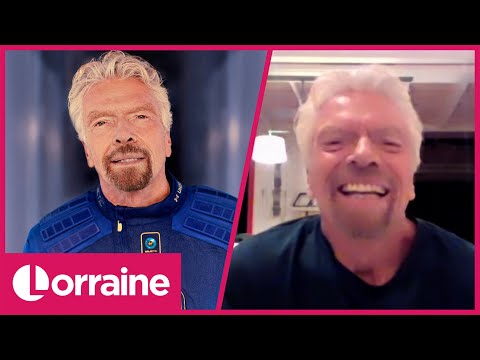