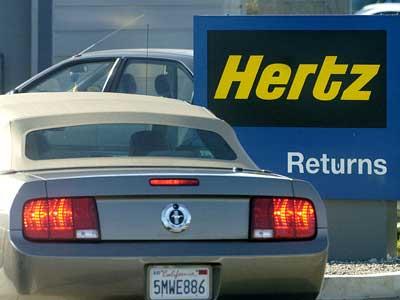 What was supposed to become the biggest merger in the rental car industry has turned into an over a year long saga with more ups and downs than GM's bankruptcy story of 2009 and beyond. In the latest development, the new bid made by Hertz for the Dollar's shares has been played down by the former's board of directors.

Hertz announced that it is willing to pay $72.00 per Dollar Thrifty share, consisting of $57.60 in cash and 0.8546 shares of Hertz common stock. That's a price well above what Hertz was willing to offer a year ago ($39.86), but still not enough for Dollar's board.

In a public statement, the board advised the company's shareholders not to tender their shares, in an obvious move to squeeze the most of what was once considered a done deal. Hertz's competitior, Avis Budget, is still pursuing Dollar, while Dollar continues to negotiate with both antitrust regulatory clearance.

"Given the uncertainty surrounding the length and outcome of the regulatory process as Hertz and Avis Budget work towards antitrust clearance, the Board is recommending that Dollar Thrifty shareholders take no action with respect to the Hertz exchange offer at this time,” said Dollar's CEO Scott L. Thompson.

“We will be monitoring the antitrust regulatory process and other circumstances carefully, and our Board will reconsider its recommendation if the situation warrants."

This apparently insane battle for Dollar is being fueled by the fact that the rental industry has remained largely unaffected by the economic crisis of 2009, leaving who ever takes Dollar in the position of one of the biggest players in the industry.