3 Toyota, Lexus and BMW Are America's Most Reliable Car Brands, MINI Gets a Special Mention

Does the All-New Fifth-Gen Toyota Prius Have What It Takes in the EV-Centric Age?

No offense to the countless legions of Toyota Prius fans, but HEV and PHEV models alone are not going to hit the sustainability mark when the full EV revolution is already upon us. I think.

The Japanese automaker actively reinvented the iconic Toyota Prius nameplate - aka ‘Hybrid Reborn’ - earlier this week. The world premiere, complete with a redesign, refined styling, enhanced driving performance, and more, took place at home in Toyota City, Japan. Naturally, that latter market will be the first to receive the fifth-generation Prius ahead of other major regions such as Europe or North America.

We do not have to wait long, though, as the first deliveries of the regular HEV models are scheduled for later this winter, while the PHEVs will grace their intended customers from spring next year. So, the unmistakable silhouette has been kept and refined. The front end again looks quirky, but in a good way – at least as far as we can tell from the first yellow or gray-colored images that accompanied the world premiere.

The rear is more relaxed, now, and some will probably even claim it is far too bland for their cup of Prius tea. As for the interior, it seems that Toyota again went in the right direction. Under the hood and body, a second-generation TNGA platform takes care of the driving, performance, and comfort elements.

Meanwhile, the latest-generation hybrid systems strive for “good fuel efficiency and a comfortable driving experience in a car that reacts as expected.” Wow, that was my first red flag after the yellow one regarding the styling. They are going after ‘good’ – not great – and ‘expected reactions’ instead of… what, some unintended acceleration issues, Takata recalls, and other reliability problems that could send you rolling into a ditch? Seriously, that is a bit too close for comfort. If I may say so.

Still, even after we found out that in Europe fans will only get access to the flagship PHEV model, I have a major question. How does Toyota plan for Prius to survive from now on, when the EV revolution is finally upon us? Remember how Hyundai tried to copy its recipe with the Ioniq series and failed spectacularly, even though it also aimed to improve it by offering a full EV among the HEV and PHEV roster? Sure, Toyota’s Prius is the model that kickstarted the fashionable hybrid era.

But much in the same way as Apple’s iPhone popularized the user-friendly, socially apt smartphone and then fizzled out with ultra-expensive generations and a tendency to let the Android ecosystem innovate the bejesus out of their notched bricks, isn’t Toyota going to find out that Prius is now a bit older for the times than they expected? Of course, that is just my hypothesis, for now.

Only real-time will tell if there’s reason to lament about the failure of a hybrid segment’s icon or if Toyota has another successful iteration. But frankly, if they do not come up with great pricing – both in America and on the Old Continent, I think that people will continue to rather go full electric and raise those Tesla Model Y and Model 3 sales even more! 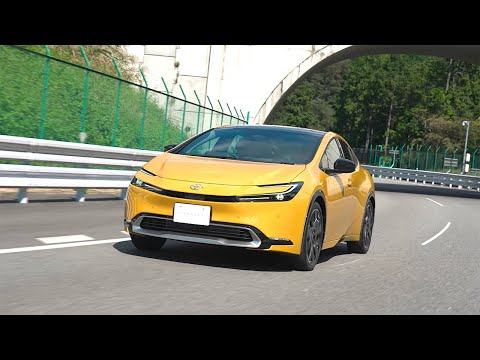