2 UFO Hovering Over Stadium Stops Traffic in New Jersey, Turns Out to Be a Blimp

4 Singapore Airlines Will Be Offering Flights to Nowhere in October

Home > News > U-turn
Elena Gorgan
Movie magic makes the craziest thing come to life on the big or small screen. Every once in a while, movie magic comes to life in the real world, but the results are strikingly different.
9 photos

Seemingly inspired by an iconic scene in the Dukes of Hazzard, one 26-year-old man attempted to fly over a drawbridge in Detroit, Michigan this week. He did so in a Dodge Stratus R/T and the result was predictable – and probably not what he had in mind when he set out.

Available at the bottom of the page is a(n absolutely hilarious) video report from NBC affiliate WDIV 4, featuring a very charming and funny bridge operator named Andre. It’s all funny because no one got hurt. “I looked and I said ‘oh no, he ain’t!’,” he says of the moment he saw the Dodge approaching, just as the drawbridge was coming up.

Because the man had no intention of stopping, Andre “hit the emergency stop” and jammed the bridge, allowing him to make the jump. Jump he did, but the landing was rough. “Over he went, blew out all four of his tires, and then he crashed into the other gate,” Andre says, comparing the jump to the one in The Blues Brothers. Police referred to it as someone “Duke of Hazzard[-ing] across” the bridge.

The man also smashes his windshield upon landing but, surprisingly, wasn’t hurt in the stunt. Police arrested him on the other side, and surprise, surprise, whippits were involved. He wouldn’t tell the officers what prompted him to attempt such a stunt.

The charges brought against him haven’t been made public yet, but if there’s a lesson to be learned here, it’s definitely: don’t believe everything you see in movies, drive sober and don’t be a reckless douchebag. And a Dodge Stratus is no General Lee. 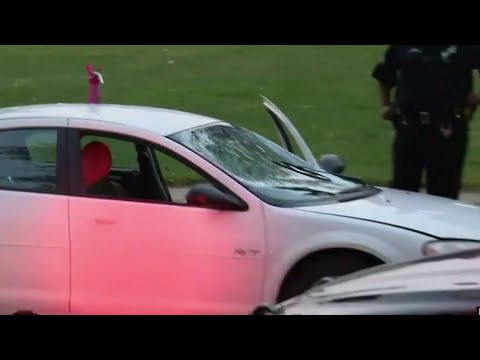 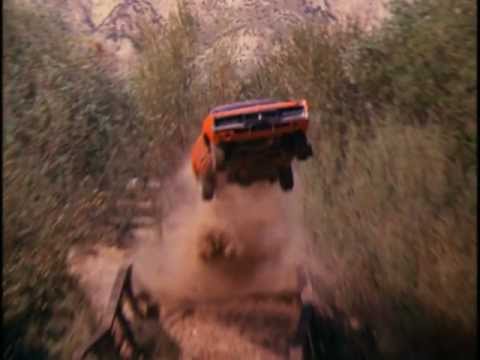