Vlad Radu
In 1969, the world witnessed the introduction of the first winged warrior. Called Charger Daytona, it was one of the most outrageous muscle cars from the golden era and in stock car form, it ended up breaking several records while dominating the 1970 NASCAR Grand National Series.
15 photos

The story starts in 1968, a year when Chrysler hoped its B-body cars would obliterate their competition in the NASCAR Grand National series. Unfortunately for them, the Chargers and Road Runners proved uncompetitive against Ford’s Torinos and Mercury Cyclones.

After the season concluded, they were dealt the ultimate blow by their crosstown rivals when legendary driver Richard “The King” Petty and his team decided to abandon Plymouth and run the new Ford Torino Talladega for 1969.

Determined to do better, Chrysler engineers took the Charger 500 back to the wind tunnel, aiming to transform it into the most aerodynamically efficient stock car America had ever seen.

They started with the addition of a bespoke sheet-metal front end that featured pop-up headlights and replaced the traditional front grille. Then, the team designed a huge 23-inch (584 mm) stabilizer wing that was placed on the rear deck. Some say it was built like that to allow the trunk lid to open freely but the real reason behind its shape was the optimum level for downforce it delivered. Apart from these two eccentric upgrades, the car also received a flushed rear window, stainless steel A-pillar covers, a new hood, and front fenders with built-in scoops to improve brake cooling.

Since back in those days NASCAR's homologation requirements stipulated that the cars entered into the competition had to be sold to the general public, Dodge kicked off a limited-production run of this new monster, which was now called Charger Daytona, after the legendary racetrack in Florida.

On the racetrack, the Charger Daytona debuted late in the 1969 season. With Richard Brickhouse behind the wheel, it won its maiden race held on Sept. 14 at Talladega Superspeedway.

That year, Buddy Baker became the first man to break the 200 mph (322 kph) barrier on a closed racetrack while driving this audacious stock car. The record was set on March 24 during a lap at Talladega Superspeedway and you can watch actual footage from that run below, thanks to the video posted on YouTube by wrctube.

It’s worth mentioning that this was the official NASCAR record which stated that the car had to cover a full lap with an average speed above 200 mph (322 kph). The Daytona was driven over this speed during prior events and legend has it that it was taken to 235 mph (378 kph) on the Chrysler Corporation Proving Ground in Chelsea, Michigan by the same Buddy Baker.

This brings us to the demise of the Daytona and its sibling. For 1971, NASCAR executives banned aero spec-stock cars with engines bigger than 305 cubic inches (5 liters), so both Chrysler subsidiaries abandoned further development of these incredible machines.

The limited-production road-legal version of the Charger Daytona was built in 503 units that were sold in the U.S. An additional 40 cars were also manufactured for the Canadian market. Among these, only 70 were equipped with the 426 Hemi.

At the time, people were hesitant to buy them, but today these cars are extremely sought-after by collectors. Standard 440-powered examples reach into $350,000 territory whereas 426 Hemi versions are worth twice as much. The no. 88 car driven by Buddy Baker went on sale at a Mecum auction this spring demanding between $750,000 - $1,000,000. However, the highest offer was of just $650,000, and the famous car is still listed on Mecum’s website.

Although it had a short-lived run in NASCAR, the Charger Daytona was a revolutionary race car and its production version will be remembered as one of the most insane products of the muscle car’s golden era. 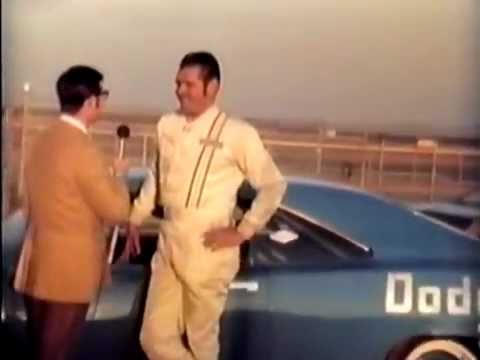