Home > News > Renderings
Daniel Patrascu
A few days ago, one of the many digital designers we keep featuring here on autoevolution shocked us with an insane version of a Dodge Challenger SRT, one that used a bubble top instead of the usual roof the factory fits onto it.
12 photos

The designer’s name is Timothy Adry Emmanuel (adry53customs), and the images he showed at the beginning of the year were meant to present us with a Challenger drawn up as a tribute to the early Kustom Kulture born in the middle of last century.

The muscle car had been digitally altered to ride on wide Cragar Wheels SS wheels wrapped in Mickey Thompson tires, boasts a rather restrained body kit that wraps around it and leaves room for a side exhaust, and a blower scoop that left us guessing at what might be hiding under the hood.

The most shocking element of the design is however the bubble top roof. Over the years, we’ve seen possibly thousands of Challenger-based builds, both real and virtual, but we have to admit, the bubble roof on this one not only makes it unique, but also extreme in some sense. After all, who in their right mind, provided they were allowed to, would fit a car bred to race, legally or otherwise, with such a dangerous feature?

The doors on the design shown a few days ago were kept, but raised quite a few questions as how would someone get inside this Challenger.

To answer those questions, Emmanuel came back on the design with a video this time, one that reveals how the whole thing is supposed to work, and it’s rather simple, really: the canopy lifts forward, allowing the doors to open, thus enough roof for ingress and egress.

In moving out of the way, the doors and roof reveal the digitally envisioned interior of the ride nicknamed by its maker Bubble Top Kitty - and that’s not something we get to see all the time when it comes to renderings, so make sure to take a close look at the video attached below. 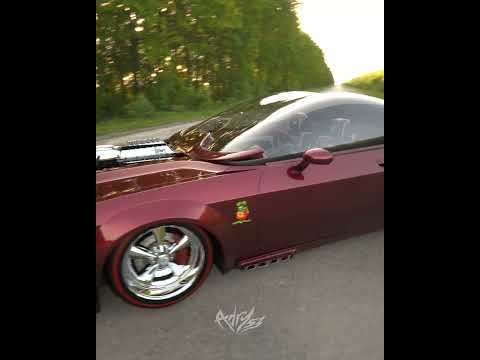