5 Japan Managed To Make Hydrogen From Sewage, Cars Are Driving With It
Car video reviews:
Coverstory

DLR is mostly known for its innovative work related to aviation technology, including various ways of cutting flight emissions. But it’s also managing a large-scale project called the Next Generation Car (NGC), where 20 of its institutes are working together to develop efficient four-wheelers.

The project focuses on three main concepts: the UMV (Urban Modular Vehicle), described as “a modular city car for personal and commercial use,” the SLRV (Safe Light Regional Vehicle), a shuttle car for ride-sharing, and the IUV.

Since this zero-emissions vehicle concept is meant for long-distance driving, a high level of comfort for the driver and the passengers was also considered very important. According to DLR, a high level of automation (Level 4) “can ease a lot of the strain on drivers, especially on long journeys.”

Imagine a car with rotating front seats, which eliminate the conventional rigid separation between the two rows of seats. When the car is in fully autonomous mode, front-seat occupants could even sit with their backs to the direction of travel. The car’s interior becomes a “shared space for communication.”

Plus, instead of the central dashboard controls, the IUV would boast a bespoke air-conditioning concept that allows each passenger to adjust it to their own liking. Unsurprisingly, the concept is inspired by the interfaces found in airplanes.

The hybrid five-seater would also incorporate innovative materials for increased resistance while also keeping the vehicle lightweight. The hydrogen refueling process wouldn’t take more than that of conventional drive systems, while the battery could be charged separately.

For now, the IUV remains an interesting concept, one that gives us a glimpse into what future long-distance travel using autonomous, green cars might look like. 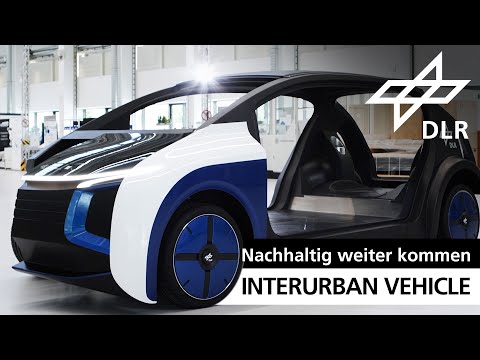