2 New RDS2 Automated Winch System Works With Any Drone and Box, Can Deliver Up to 22 Lb

5 DJI FPV Combo Cinematic Drone Will Take You on the Flight of Your Life
Car video reviews:
Up Next

There's a saying that I absolutely loved as I was growing up,"If man could fly, birds would lose their charm." I'm still unsure who may have composed this fantastic piece of literature, but the newly released DJI Avata blows this notion away by giving the everyday human a bird's eye view of the world.

DJI seems to have stunned the drone world upon releasing the relatively accessible FPV some time ago. Well, this time around, they've blown away all those minds and eyes the FPV attracted for the Chinese drone manufacturer with nothing less than the highly-anticipated Avata. Why is this drone such a big deal? That's precisely what we'll explore today.

Now, DJI is the sort of drone manufacturer that really requires no introduction. Since the first days of hitting the market, their machines have grown to be known worldwide due to their ability to offer the user an experience they'll never forget. DJI has achieved this by offering solid devices for a relatively low budget. I own a DJI Mini 2, and it's one of the most fun big-kid toys I've played with in some time. Not to mention its ability to take some rather incredible photos and capture compelling video.

Well, this time around, DJI has aimed high and hit the moon with the Avata, and much like the FPV, this drone offers that "immersive" flying experience that, until recent years, has only been reserved for this Earth's feathery friends. Luckily, you won't need to grow feathers and a beak to take to the skies, but you will need around $1,400 for the Pro-View Combo. A small price to pay for this sort of magic, if you ask me.

If you think this is a bit much for something that can be considered a toy, I beg you to read on. Heck, even dive deeper into all that is the Avata as this creative writing composition surely isn't enough to put everything into perspective. Just as a little side note, if you really put your mind to it, you can start a business with something like this.

For example, imagine you picked up one of these buggers and suddenly opened up some "Canyon Adventure" side gig you can carry out on the weekends. All you have to do is make a Facebook post about "Flights through blah blah canyons: Bird's eye view! $50 for 30 minutes" and watch how your investment is paid for after just a few days of flying around.

While the Motion Controller joystick will be used to fly the Avata, your customers will sit back and take to the skies, in the process, seeing the world through the Goggles 2 they'll have over their eyes; everything the Avata's camera sees, they'll witness. This means seeing the world through the eyes of a bird with 1080p/100fps quality. That image10 is transmitted directly to their eyeballs via two micro-OLED screens. Oh, you'll also be able to fly out to around 10 kilometers (6.3 miles) before your video transmission starts getting jumpy.

Another gig you can make some cash out of is selling quality footage to companies like autoevolution, which are always on the lookout for compelling and one-of-a-kind footage that you can't obtain with a helicopter, gimbal, or any other tool, for that matter. Yes, tool, as the Avata is primed for footage that left some of our team members silent. With an FOV of 155 degrees, f/2.8 aperture, and up to 4K/60fps video action, the remaining 48 MP capabilities are more like a bonus to seal the deal. Need I remind you that the FPV only achieved 12 MP and an FOV of 150 degrees?

Beyond that, DJI has also fitted this drone with an array of software to achieve truly cash-worthy footage. With features like RockSteady and HorizonSteady, your subjects will only move when and where you want them to, and added guards ensure that you can fly this bugger in and out of tight corners, down tubes, and out of tunnels without having to worry about smashing into things and damaging propellors or other components. Oh, the drone alone weighs 410 grams, almost half the weight of the FPV. Hover time is also up by a bit and sits at around 18 minutes.

At the end of the day, the Avata's inherently compact and lightweight design, presentable video abilities, and the ability to offer a visual experience our ancestors never dreamed of seeing make this bugger all the more attractive. But is it enough to justify the price? Again, you decide. Luckily, if you're a lover of the FPV drone as well, Avata's release has brought with it a reduction in price for the previous generation of "immersive" flying machines. 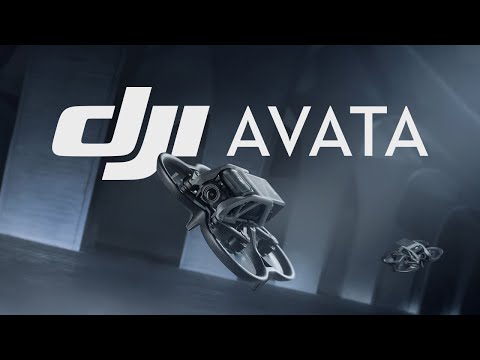 Editor's note: This article was not sponsored or supported by a third-party.
Images in the gallery also showcase the DJI FPV drone.