1 Hydrogen Is Worse for the Environment Than CO2, a New Study Finds

Most hydrogen used today is produced from natural gas in a non-sustainable manner. A discovery at Tel Aviv University allows producing green hydrogen via photosynthesis, and the process could be cost-effective enough to be scaled to industrial requirements.

Hydrogen is the most common element on Earth, and yet it is difficult to obtain. That’s because it mostly exists in various combinations with oxygen (in water) or hydrocarbons (natural gas and oil, among others). It is, of course, a colorless gas, but you might have heard people referring to it as grey, blue or green hydrogen. It’s not about its color, but about the way it is produced.

The cheapest way to produce hydrogen (and the most common today, with close to 95% production at the 2020 level) is from natural gas through a catalytic chemical reaction. In this process, methane is mixed with steam at high temperatures to yield hydrogen. There’s also CO2 as a byproduct, about 10 kg of it for every 1 kg of hydrogen produced. Depending on what’s happening with the CO2, this hydrogen is labeled either grey (CO2 goes into the atmosphere) or blue (CO2 is stored).

Green hydrogen, on the other hand, is produced using an entirely different process, called electrolysis. Applying electrical energy to water leads to the separation of hydrogen and oxygen molecules. There are no harmful by-products in this process, but the electrical energy used for electrolysis needs to come from renewable sources to call this green hydrogen. Also, the machines used for electrolysis are expensive, so the hydrogen extracted this way tends to be a lot more expensive than the one obtained from methane.

The researchers identified a mutant strain of algae that can sustain hydrogen production and the process is suited for industrial applications. This mimics a process that occurs in nature as a by-product of photosynthesis. It only lasts for minutes in micro-algae, unicellular algae found in every water reservoir and even in the soil. This is why TAU engineering the micro-algae to produce hydrogen for days and even weeks is a breakthrough.

“The new mutant overcomes two major barriers that have so far prevented continuous production of hydrogen,” explains Prof. Iftach Yacoby. “The first barrier is the accumulation of oxygen in the process of photosynthesis. As a rule, oxygen poisons the enzyme that produces hydrogen in algae, but in the mutation, increased respiration eliminates the oxygen and allows favorable conditions for continuous hydrogen production. The second barrier is the loss of energy to competing processes, including carbon dioxide fixation into sugar. It, too, has been solved in the mutant and most of the energy is being channeled for continuous hydrogen production.”

The team at TAU is now working to scale the process for larger volumes and refining the process to extend the time of hydrogen harvest. This would reduce the overall cost to competitive levels. At the moment, the rate of hydrogen production from the new mutant reaches one-tenth of the possible theoretical rate, so there’s room for improvement. Hopefully, green hydrogen will be just as cheap as other fuels and start powering the world economy.

But this would not be the solution to all of our problems. A recent study by the UK Government showed that hydrogen tends to leak into the atmosphere too during production and storage. By combining with other gases and vapors in the higher layers of the atmosphere, the leaked hydrogen produces powerful warming effects. 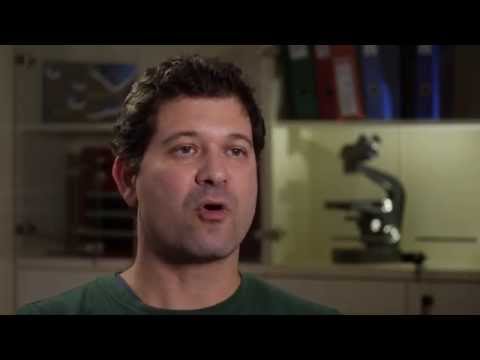