3 F1 2016 Is Available For Purchase, Codemasters Says It Is The Most Immersive Yet

It’s not been long since Codemasters announced the launch of the new installment of the DIRT racing game. Scheduled for release on a wide number of platforms by the end of the year, DIRT 5, as it’s called, got it’s full launch trailer for PS4 this week.
8 photos

For this particular platform the launch date has been set for November 6. Players who purchase the game for PS4 will also be gifted with the free option of upgrading the game for the PS5 console once it becomes available.

If you happen to be more of an Xbox fan, fret not - those who purchase the game for Xbox One will also be allowed to upgrade it for free for the Xbox Series X. DIRT 5 is also available on PC, but obviously such an upgrade option is not needed in this case. Stadia players should get the game in 2021.

So, what’s DIRT 5 all about? Like most games of its lineage, the new installment comes with the option of either single- or multi-player gaming. In case you’re a fan of online play, you should expect raacing with up to 12 players; if not, an offline mode with split-screen gameplay for up to 4 players is available.

According to the available information, the game offers access to 70 routes from around the world, and there are 8 race modes available. For the first time in the DIRT series, the single player gameplay comes as a narrative-driven career mode, placing the player in opposition to an in-game veteran racer.

As for the vehicles you’ll get, expect the usual complement of BMWs (M1 Procar Rally and M2 Competition), Fords (including the Mustang and F-150), and exotics, such as the Ariel Nomad, Blitzworld Beast, or Exomotive Exocet.

You can watch the launch trailer for the DIRT 5 game (PS4 version) in the video attached below. 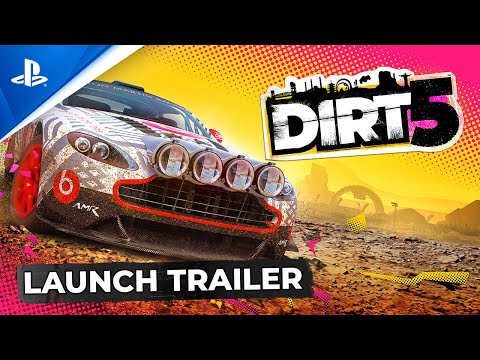