3 2023 Toyota Crown Will Look Like This, Probably Due at U.S. Dealers This Fall

Some automotive virtual artists are so imaginative they can fall to extremes – either the artsy or horrible ones. Others just like to subtly dabble with hot entries from now and the past to (try and) make them even better.
24 photos

Such is mostly the case with Marouane Bembli, the virtual artist better known as TheSketchMonkey on social media, who is - as always - more than ready to identify the flaws of new releases and rectify them. For example, the pixel master recently wanted to see how the Hyundai Ioniq 6 could have better fulfilled the EV prophecy of the... namesake Prophecy concept car.

But that is not all, as he also got the new DeLorean Alpha5 redesigned to properly evoke the modern gullwing's DMC-12 past, or he made the W223 Mercedes-Benz S-Class virtually go against the humongous BMW and Lexus-style current. So, do notice that EVs play an integral part in this CGI expert’s design classes taught via the prolific string of behind-the-scenes making-of videos.

The latest one embedded below contains more subtle themes than ever before. This is because Bembli considers that he identified the sole problem with General Motors’ rather affordable luxury battery crossover SUV, the intriguing Cadillac Lyriq EV. Since its basic MSRP is less than half the price of an Escalade-V you would think that GM rushed things a little bit.

Well, the digital content creator – who is usually an ardent critic of both modern and vintage models, only decided to change one major detail. The actual Lyriq rendering process kicks off at the 9:15 mark and it is a short one, so we will let you discover exactly what changed and what did not. As for the channel’s fans, they mostly approve of both the new battery-powered Cadillac and the author's subtle mods… 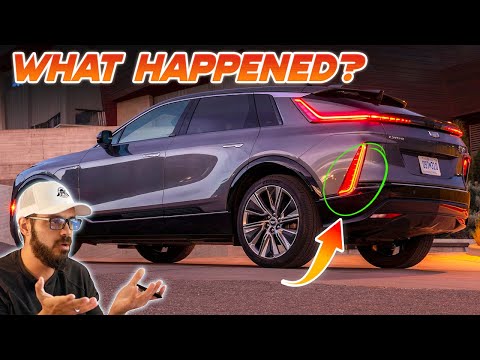