Whereas up until now the automotive enthusiast knew of roughly only two large scale-use engines, the gasoline and the diesel, technological developments and new requirements imposed by economical or environmental reasons caused a type of "natural evolution" for the engine. It was only natural that at one point the battle between the low fuel consumption and emissions of a diesel and the performances of a gasoline would have ended, one way or another. But a marriage between the two... Mercedes Benz's DiesOtto engine promises to bring the best of both types of engines into one unit. By taking the "benefits of a diesel engine" and making it run on "on regular old unleaded", the German manufacturer envisions the future of the gasoline engine and perhaps the end of the diesel. The experimental 4 cylinder in-line 1.8l engine (238 horsepower and 400 Nm of torque), first showcased in 2007, is built on technologies, explained below, borrowed from both Rudolf Diesel's and Nicolaus Otto's creations. Homogeneous Charge Compression Ignition (HCCI) 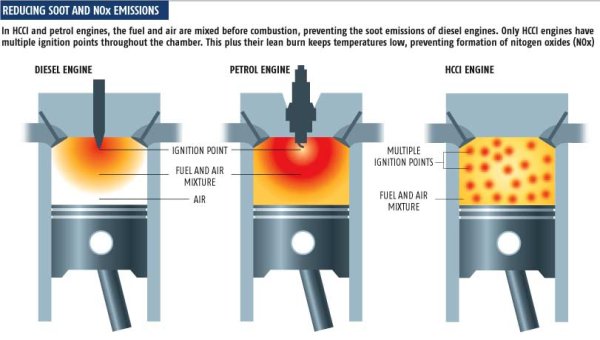 HCCI is a type of internal combustion that combines the traditional spark ignition (spark from a spark plug ignites the fuel mix) with the compression ignition (heat caused by compressing the fuel mix ignites it). HCCI is a lean combustion process, providing a lower local flame temperature which lowers the amount of Nitric Oxide (NOx) produced in the process. HCCI works by igniting the air/fuel mixture when the concentration and temperature are high enough.

Advantages of the system are that it provides up to 15 percent lower fuel consumption than regular engines. HCCI engines can work on diesel compression ratios, providing better efficiency than spark ignited gasoline engines while the even mix of fuel and air translates into lower emission.

The downsides are that high pressure in the cylinders may damage them in time, while high temperatures will wear down the engine faster than usual. The power range provided by HCCI engines is restricted and carbon monoxide and hydrocarbon emissions caused by the fast combustion are higher than in a spark ignited engine. Variable Valve Timing (VVT)

VVT is a piston engine technology which controls the lift, duration and timing of intake and exhaust valves movements. The timing of the valve lift is essential because it determines how much air is taking into the cylinder with each cycle. A traditional engine often does not allow enough air in, resulting in lower performance. By using one of three timing solutions (slowing or speeding up, the use of cam lobes or continuous variable valve timing) VVT allows the engine to have increased fuel efficiency.

Usually, the position and shape of the cam profiles are optimized for a certain engine rpm, which limits low-end torque and high-end power. VVT allows the cam profile to change, resulting in greater efficiency and power, over a wider rpm range.Twin Variable Geometry Turbocharging (VGT)
VGT is a technology which allows the effective aspect ratio to change as the situation requires it. In terms we can all understand, VGT allows the turbocharger not to choke or fail to create boost due to engine speeds. By altering the geometry of the turbine as the rpm's increase, VGT maintains aspect ratios at the required levels for an optimum turbocharger response. VGT helps avoid pumping losses and lower power output. Variable Compression Ratio 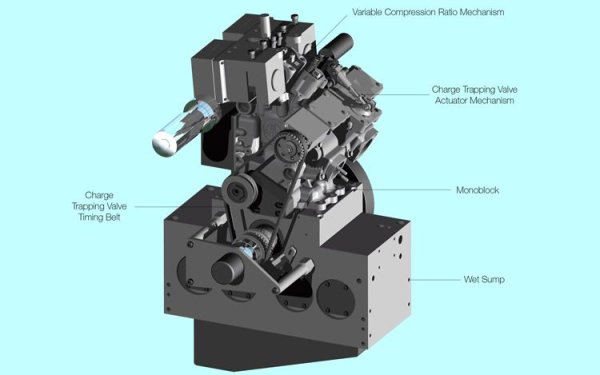 As the name implies, this technology is used to adjust cylinder compression ratios in order to increase fuel efficiency under different loads (higher loads require lower ratios and the other way around). The system is needed because at maximum cylinder pressure, the fuel mix explodes rather than burns. Variable ratio allows compression to be adjusted and provide a leaner fuel mix burn as well as a better fuel efficiency

The variable compression's disadvantage is that when operating under lighter loads, the system may cause the engine to lack power and torque. Nevertheless, the system is able to vary the inlet pressure and adjust the compression ratio in such a way that makes the unit be a small efficient engine that behaves exactly like a modern family car powerplant, yet it turns into a tuned one on demand.Direct Gasoline Injection (GDI) 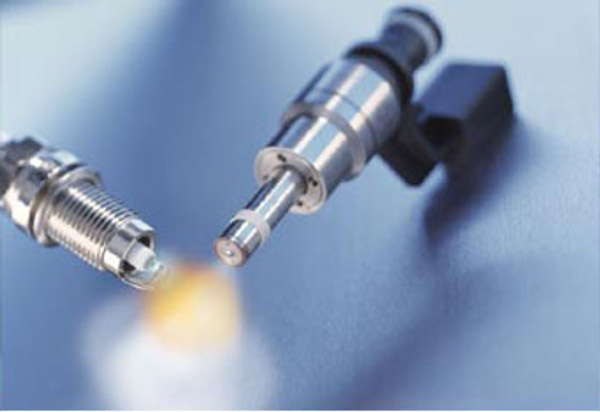 This fuel delivery technology works by bringing a precisely measured and timed burst of gasoline (this is done by a computer) into the cylinder, where it is ignited. The dispersal of fuel into the cylinder has a cooling effect on the engine before ignition, allowing for an increase in power at any rpm values. The precise delivery gives direct injected engines better fuel economy and greater power output. As was the case with the HCCI system, engines using direct gasoline injection must be able of coping with high in-cylinder pressures for an extended period of time.

In addition to the features mentioned above, the DiesOtto engine uses a starter alternator instead of a fly-wheel, a characteristic that makes it ideal for start-stop systems. The engine has two different operating modes, which make it act as both a gasoline and a diesel unit. 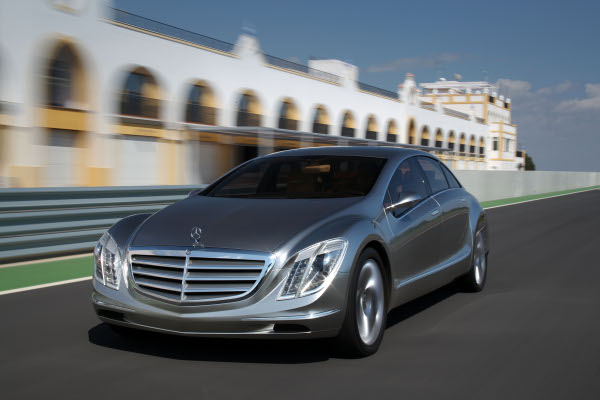 The DiesOtto engine received the "Environmental Grand Prize" after its official presentation at the 2007 Frankfurt Auto Show. Since then, testing has been conducted on a S Klasse sized vehicle called the F700 Concept. The engine scored 5.3l/100 km fuel consumption and 127g/km of CO2, thanks to its integrated hybrid module.

Even if Mercedes said at the time that the technology will probably become available sometimes in the future, no word on the engine has been heard of since. Still, for those who hope for a gasoline engine with diesel traits, the DiesOtto might not be over with, as Volkswagen is also developing its own "crossover" engine.