1 Breitling Goes From Bentley to Muscle Cars with Corvette, Mustang and Shelby Watches

2 Singer Introduces Its First Chronograph, It Is Beautiful

Google Maps Fastest vs. Fuel-Efficient Routes: Everything You Need to Know

Cristian Curmei
It all started in 2004, and if you were around playing video games in those days, you remember what the words “Far Cry” meant. I remember the game as an entirely new take on first-person shooters, one that allowed you to carve your own in-game destiny.
12 photos

Today, the Far Cry franchise is still going strong, with the latest release being that of Far Cry 6. In celebration of the game, and the apparent never-ending franchise, Ubisoft teamed up with watchmaker Hamilton to spit out a model identical to the one found in the game.

The watch, one made in the image of the same used by the game’s heroine, Dani Rojas, is known to be a Khaki Field Titanium Automatic. Ultimately it made sense for Hamilton to produce a real version of what was in the game. Seeing as how the Khaki Field is a watch that’s around before Far Cry 6, maybe this branding was in the plans all along.

In the game, the watch is given to Dani by Juan Cortez for completing her first mission. Featuring a ‘keeps on ticking’ function, the Hamilton watch improves Dani’s defenses while sprinting, giving her heightened abilities so to speak.

While the real watch offers no such bonus, it’s sure to give diehard fans a heightened feeling of social status. Why? Well, this sucker comes in with a price tag of $1,195 (€1,032 at current exchange rates), enough to buy two to three gaming consoles.

Now, for this price, it would seem as though fans are getting a decent watch. The Far Cry 6 edition features a 42-millimeter (1.65-inch) titanium case with a black dial and a red second hand. All that is offset with khaki hour and minute hands and numbering too. A stylized “6” sits at the bottom while everything is then neatly wrapped up with a leather strap.

But, as we all know, with watches, it’s more about what’s inside that counts, literally; the outside is just for show and protection. Well, keeping track of your cigarette breaks or that meeting at 2:15 p.m. will be a Hamilton H-10 movement or caliber.

This is an automatic, three-handed, and dated movement from the watchmaker, and while it’s the least expensive of the calibers Hamilton manufactures, it has been praised by its owners as being very dependable for its price range; usually under the $1,500 mark. Best of all, it’s got a power reserve of 80 hours.

As you may have already picked up from the previous paragraphs, the case for this trinket is made of titanium. If you’re unaware of the properties of titanium, let’s just say that case will probably outlive the next few generations of your family. With a sapphire crystal face, scratches should rare, let alone cracks. A water resistance up to 10 bar is what you’re in for with this piece.

What I found rather nice about this new collector’s watch is that you receive a rather neat packaging when you order it. Inside, there’s a leather storage case for the watch, completed out of the same leather used in the strap, a backup strap, and a strap changing tool, taking the trips to the dealership out of the equation.

As for what to wear with this watch, its styling does suggest a casual lifestyle, but if you were to throw this sucker onto your wrist when you head out into the woods for a couple of days, it would seem just as fitting. Heck, why not put it on every time you play Far Cry 6.

Sure, you’ll have to dish out a pretty penny for this collector’s item, but even if I didn’t know that it’s some limited-edition model, I’d still give it a second look and consideration it for my next casual but capable watch purchase. Oh, and I’m a Far Cry fan too? Even better. 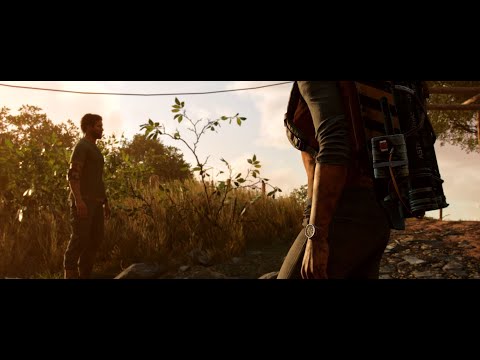