1 Sukhoi Su-26: What the Russians Build When not Making Fighter Jets

After deploying a few successful aircraft, such as the Mig-19, Mig-21, or Mig-23, the Russian military asked for something more impressive, able to compete against the agile, American weapons, and the answer was this: the Mig-29 Fulcrum.

Despite Being Close to Its Retirement, the Mig-29 Fulcrum Still Is a Terrible Weapon

Back in the '70s, there was a huge desire for faster airplanes with better maneuverability and lower production costs. So the Soviet Government sent requests to its military aircraft producers: Sukhoi, Yakovlev, and MiG (Mikoyan-Gurevich). It was the beginning of the Russian fourth-generation aircraft, while the U.S. already had the F-16 ready to fight with. The Russians tried to keep up with that, and, in 1977, the prototype was ready for tests. Immediately, India applied for acquiring it, even though the plane was not ready to enter the assembly line.

NATO saw this aircraft as a turning point for the Soviet aircraft industry, so it gave it the nickname "Fulcrum," which matched the plane abilities.

The idea was for the plane able to climb fast, fly high, and carry a lot of weapons under its wings and belly. From here, there were two main projects: one intended for the Soviet Air Force only, with four pods under the wings, and one for export, with just three. Depending on the version, the 29 could also execute nuclear strikes. That was for the C-version, which appeared later.

In 1982, the aircraft entered service in the Soviet Air Force. It was remarkably advanced for its time, as it already had vocal commands and an intelligent tracking system that allowed the pilot to just look and shoot, thanks to the helmet that featured an optic visor displaying the target and the crosshair.

I witnessed a demonstration with this plane almost two decades ago, and it was amazing. It could perform the so-called Cobra maneuver - this means that the plane could stall in mid-air, with the nose up, and then resume forward. It was a great way to avoid an unguided missile or an enemy. But for that, it needed a special aerodynamic ability, which was achieved thanks to its 40 degrees angle for the swept-back wings, and wide body.

Its wide aerodynamic control surfaces also allowed it to perform low and high-speed stunts. In these aspects, it was better than what the Americans had. Also, thanks to its powerful Klimov RD-33 afterburning engines, it could climb faster than the F-16. These advanced turbofans provided 49.42 kN (11,110 lbf) thrust each and reached 81.58 kN (18,340 lbf) with the afterburner.

But the design team went even further with the aircraft development. The aircraft featured an additional pair of inlets placed on the upper side of the wings, which were used especially during taxi. At the same time, the main air intakes were closed. This system prevented the suction of various debris from the runway, protecting the engines. The F-16, for instance, has that big "mouth" underneath, and the engine is exposed to such unwanted objects.

In terms of aerobatic maneuvers, it could withstand up to 9g forces, above the human limit. Pilots had special suits that limited the blood flow and helped the one behind the helm stay conscious during tight turns. As a result, the Mig-29 was highly praised by anyone who flew it.

On paper, this aircraft was already superior to the F-16 Fighting Falcon. It could climb with up to 65,000 ft/minute (330 m/s) and reach a top speed of Mach 2.25. Its main opponent could climb with just 60,000 ft/minute (254 m/s) and go up to Mach 2.05. Even though the F-16's engine couldn't provide as much thrust as its Soviet opponent, the Mig-29 has some shortcomings that forced many armies to retire it sooner than anyone expected.

For starters, the Mig-29 was designed with a ridiculously short combat range of just 1,300 miles (2,100 km) with the help of drop tanks. In comparison, the F-16 could double that with 2,620 miles (4,217 km) range, with external fuel tanks. On top of that, the Mig-29 had to go through an overhaul every 2,500 hours, compared to the 6,000 hours needed by the American fighter jet. That made some countries regret buying it, since they had to hold the plane on the ground for various checks and repairs way too often.

One of the first armies that dropped the Mig-29 from its fleet was the Moldavian Air Force. When that small country faced financial troubles and just couldn't afford to keep these aircraft, they sold them to the U.S. Thus, the United States avoided a contract between Moldova and Iraq, which was eager to get their hands on these Soviet warbirds. You may see one of these aircraft on display at the Smithsonian Museum in Ohio.

But the former East-German Air Force had a few as well, and they were integrated into the newly formed German Air Force after the reunification in the '90s. These aircraft were mostly used for training, playing for the "bad guy" team. That effort was rewarded when the American pilots flying F-16s encountered Iraq's Mig-29s during the operation Desert Storm. We don't know how much it counted for pilots' training or the aircraft's capabilities, but the F-16 ruled the sky against those warbirds.

Now, it's time for their final show these days. They will be gone soon, and hopefully, they won't harm anyone again. Nevertheless, it was one of the most beautiful aircraft built by the Mikoyan-Gurevich plant. The Russians made more than 1,600 of them, but only a handful are still operational. Most of them were retired after just a few years in service due to their huge operational costs.

Last but not least, they were more expensive to buy than the F-16. Basically, they were just very expensive to buy, own, and maintain. Most of those who bought the 29 in the past, well, they had to. Soviets didn't take no for an answer from other communist countries in the '80s. But after Moldova, Hungary also put them up for sale, and Romania just ditched them in a museum. 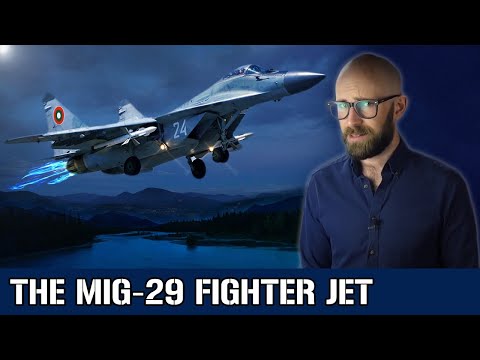