Mihnea Radu
Doug DeMuro says that everybody hates the GLE Coupe, and in just a couple of days, one and a half million turned up to watch him explain why on YouTube. What could go wrong?
3 photos

As he puts it in the comments, "I expect these YouTube comments will be a healthy, productive discussion with no name-calling or expletives.ÿ" That's because not everybody hates this, but those who do have stronger than average feelings towards it.

The AMG GLE Coupe is sold in America in two flavors, the 43 with a boring V6 and this bonkers 63 S. It has 577 horsepower and sounds like an AMG, which in most cars would be great, but Doug argues that everything about the model is pointless.

You see, the point of an SUV is to get more practicality and a higher suspension, but the GLE Coupe has a roof designed via an elephant's butt, so most of that rear headroom and cargo space is gone. What you're left with is a gas-guzzling machine that advertises to the world you have more money than taste. Most people who have them don't know the value of a dollar - sportsmen's wives, Russian mobsters and so on.

However, the same can be said about most luxury cars. Are Ferrari California owners cultivated, well mannered and polite? Probably not. Do the BMW X6 M folks have a good reputation? Don't be silly.

So this irrational hate of the GLE 63 Coupe probably stems from automotive enthusiasts. As Doug points out, most of them hate SUVs, but it's the design of this model that ticks them off. However, Mercedes likes the squatting approach, as seen recently on the AMG GT 4-door. It could be something from classic models that doesn't translate well right now, because there's a new GLE Coupe on its way, and it also looks pretty bad. 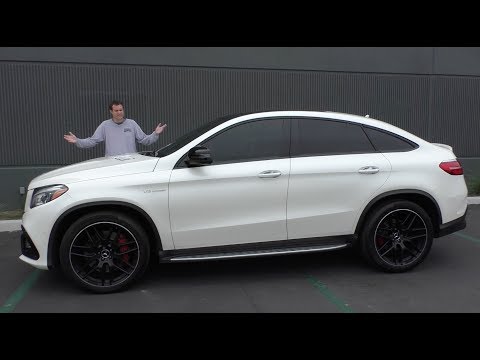